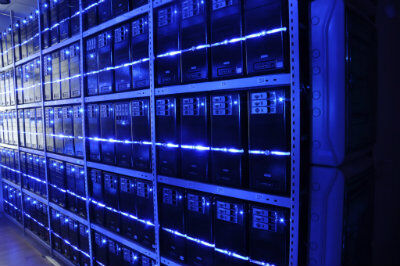 The technological world is moving fast, and many IT departments are scrambling to keep up with it. At the heart of most IT operations is the data warehouse, and one of the chief responsibilities of managing it is to ensure the data warehouse is kept up to date, ready to handle any new demands that arise. This task can be difficult at times, especially considering how revolutionary some advances are.

The technological world is moving fast, and many IT departments are scrambling to keep up with it. At the heart of most IT operations is the data warehouse, and one of the chief responsibilities of managing it is to ensure the data warehouse is kept up to date, ready to handle any new demands that arise. This task can be difficult at times, especially considering how revolutionary some advances are. The modern data warehouse needs to adapt with these game changers, so identifying them becomes a priority. Here are just five major game changers that will greatly affect how data warehouses operate and how IT departments attend to their duties.

It seems like cloud computing is popping up everywhere at the moment, and the modern data center is no exception. Operations within data warehouses have grown complex and varied, which makes transitioning them to the cloud an effective strategy. Many organizations will likely transfer their workloads to the cloud gradually, making sure providers can meet their needs, before transitioning more fully to the cloud. This move for the data warehouse carries with it a number of benefits, such as paying only for what resources are used, the ability to expand capacity when needed, and many others.

By developing software-defined technology, the idea is to create storage, networking, and even data warehouses that can function in new ways. The main goal of using software-defined infrastructure is to automate and operate main IT functions. That means creating flexible infrastructure reconfiguration that can enhance workload performance. Software-defined data warehouses still have a ways to go before being fully integrated, but once the right tools can incorporate the necessary computing resources, it’s expected to catch on quickly.

At the same time, hyper converged infrastructure will likely play a large role in the evolution of the data warehouse. With operations in the data center becoming so complex, converged infrastructure is designed to simplify things to a large degree. This is usually found through what is referred to as a building block approach, with blocks including storage, memory, and more. The moment resources begin to dwindle in one block, a new one is added. This is a simple way to add more resources to a constantly changing data warehouse. Not only that, but specific workloads can be targeted, ensuring nothing gets ignored amid all of the changes.

While solid-state drives (SSD), or flash storage, are certainly not new, the role they play in the data warehouse will greatly increase in the future. That’s mainly due to two reasons. First, the price of flash storage has decreased significantly in the past few years, eliminating one of the major obstacles keeping businesses from adopting it. That means access to high performance storage devices is within reach. The other reason is the higher demand for that faster performance. Many industries are collecting large amounts of data at an increasing rate, and that data needs to be processed and analyzed in real time. Flash storage makes this possible, turning it into a valuable component of the modern data warehouse.

5. The Internet of Things

The Internet of Things (IoT) stands to influence nearly every aspect of an organization, including the data warehouse. One of the chief needs of an IoT device is the ability to communicate with other similar devices. This requires architecture at the data center level to be able to receive, store, compute, and redistribute the data collected quickly. In other words, modern data centers will need to avoid being the bottleneck preventing instant data processing for IoT devices. Customers and businesses will demand that instant access, and considering how the IoT may eventually include 50 billion devices by 2020, it’s a change data warehouses will need to make soon.

The changes coming to the data warehouse will likely keep IT departments on their toes for a while. These game changers will live up to the name as data centers evolve to meet the new demands of a rapidly advancing world. With greater use of the cloud, converged infrastructure, software-defined infrastructure, flash storage, and the IoT, data warehouses will have the tools to continue adapting as technology changes.