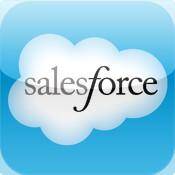 It only took me a few minutes to walk the entire length of the Will Rogers World Airport in Oklahoma City, Oklahoma. The gate numbers went to 24, but I counted only 17 doors out to the planes. Perhaps half a dozen airlines were represented there, with each company allocated 1 to 3 gates. The flight choices were limited — Atlanta, Cincinnati, Dallas, and so forth.

With little else to do while waiting for my Delta flight, I picked up a copy of the…

It only took me a few minutes to walk the entire length of the Will Rogers World Airport in Oklahoma City, Oklahoma. The gate numbers went to 24, but I counted only 17 doors out to the planes. Perhaps half a dozen airlines were represented there, with each company allocated 1 to 3 gates. The flight choices were limited — Atlanta, Cincinnati, Dallas, and so forth.

With little else to do while waiting for my Delta flight, I picked up a copy of the SkyMiles magazine and read an excerpt from the 2008 Inforum debate between Jimmy Wales, creator of Wikipedia, and Andrew Keen, author of “The Cult of the Amateur: how blogs, MySpace, YouTube, and the rest of today’s user-generated media are destroying our economy, our culture, and our values.”

I found one disagreement particularly interesting. Keen said his “biggest problem” with Wikipedia was that there is no “hierarchy of knowledge” — no centralized editorial staff judging the quality or amount of content for each entry.

There is no one at the heart of Wikipedia saying that the entry on Pamela Anderson should be shorter or . . . longer than that on Hannah Arendt. There’s no one in Wikipedia who determines that the entry on Stephen Colbert’s concept of “truthiness,” which is really a footnote to an early-21st-century comedian, is longer or shorter than the entry on truth—the core concept in the Western canon, the core concept in the history of Western philosophy. So I may seem old-fashioned, but I believe in knowledge hierarchies. There has to be someone who makes a call on whether Pamela Anderson is more or less important than Marie Curie or Hannah Arendt. . . . Ultimately, for those people who go to Wikipedia who have no media literacy, who lack the skepticism, the education which we all have, I am fearful that in this open-source, free-knowledge universe we are going to be educating people who are not able to evaluate—not so much the accuracy of information, but the importance of information.

[Wikipedia is] not like an encyclopedia where we say, look, we’ve got thirty volumes and so we have to cut, we have to limit somewhere.”

Is Keen still living in the Gutenberg world while Wales has found his way into the Google world? It seemed they could not communicate because of different worldviews.

With the physical limitations of the Gutenberg world, somebody had to make value decisions — you just couldn’t print everything because you ran out of room. In the new Google world, however, you basically have unlimited space to keep anything and everything, regardless of quality or value.

Will Rogers World Airport obviously has physical limits. There are only 17 gates, so you can’t have thousands of airplanes waiting outside. Inside the terminal, you have a few food options; there is just room enough for one fancy bar, Sonic (headquartered in OKC so it gets a special spot), Schlotzsky’s, and TJ Cinnamons. At each vendor, you see limits — Schlotzsky’s is only going to make certain types of sandwiches at the airport.

Of course, Keen is a smart guy. He knows that earlier physical limitations on printed material do not apply to data stored out in the virtual “cloud.” Keen is probably not bothered by relative lengths per se. Instead, he aspires to a high standard of somehow organizing knowledge according to its value.

But the challenge there is that some human being would make value judgments for the rest of society.

I ate at Schlotzsky’s and their original sandwich was fine. Somebody decided that this airport site could not stock the ingredients to make the Angus Pastrami Rueben, so I was out of luck. But no problem, I can pick up a Rueben back in Cincinnati.

But consider the issue of our stored knowledge — what committee would have omniscient abilities to judge what we need to know and remember? I would be concerned about giving somebody the power to say, “I decree that information about Pamela Sue Anderson will not become part of human knowledge — strike her from the record! Next on the list… some guy named Hasselhoff.”

Archaeologists base some important understandings of past civilization on what they found while digging through the “middens” — the garbage piles. They learn a great deal about human activities and behavior by analyzing what people discarded — things which at the time did not seem important enough to keep. Perhaps even if we decide to discard knowledge, we still need to throw it somewhere for safe-keeping.

In business intelligence, we often make value judgments on what to store for later decision making. In this new Google world, physical storage limits are going away. Our ability to handle large amounts of data is improving. We should consider saving everything (after all, one person’s trash…).