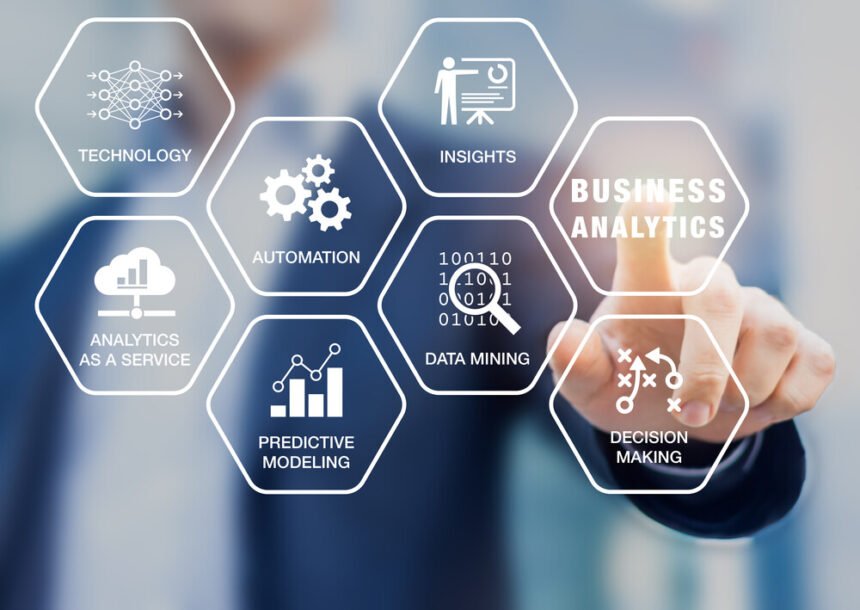 In the days before robust business intelligence (BI) platforms existed, professionals usually had to rely on experience and gut instinct when making decisions. Now, data analysis tools can give solid conclusions gleaned from months or years of compiled information. Even so, the people who dig through data still have difficulty trusting what the data says and quieting their gut instincts.

Gut Instinct Viewed as Part of the Self

Findings from the American Psychological Association

revealed some people view gut instincts as reflections of their true selves. A press release about the study discussed how the results show focusing on feelings changes behaviors as well as attitudes. So, if a person goes with what the data says instead of relying on gut instinct, they may feel they are sacrificing a fundamental skill their gut instinct provides them. However, the researchers associated with the study above caution that when people remain unwaveringly sure their conclusions are right, adverse effects, including excessive stubbornness, can arise.

Poor Implementation of Data Analytics Could Be to Blame

Some companies get involved in BI because of the opportunities that exist, but they don’t take the time to work out data analysis strategies and apply those to their business goals. A KPMG study explored data mistrust and concluded numerous factors tell the tale of why people don’t trust data and might give into their gut instinct. For starters, only 10 percent of respondents believed they achieved excellence in data quality, methodologies and tools. As such, a lack of confidence could happen if companies don’t take ground-up approaches to use best practices for BI. Furthermore, the research looked at how trust in the data varied at each segment of the data usage cycle. It found trust levels were lowest during the stages when respondents were using analytics or measuring the effectiveness of doing so. Also, only 43 percent of those polled said they always selected the appropriate internal data sources to ensure the information reflects an identified business issue to address. No straightforward solution increases trust in the data. But, these findings suggest BI success begins with implementing data analytics in ways that are purposeful and align with best practices.

Few people would argue the job of a financial trader involves tremendous stress and pressure. Researchers studied a group of financial traders to determine whether greater sensitivity to interoceptive signals ? those originating inside the body, like pain and hunger ? would affect decision-making abilities. The research focused on heartbeat perception detection, and according to the findings, the people who were most tuned into their heartbeats performed better as financial traders. So, a person often praised for their excellent gut instinct could have an above-average perception of interoceptive signals. During the study, the traders had to tell researchers how many times they detected their heartbeats within a defined period without touching their chests or any other pulse points. In a second phase, the study subjects heard tones and had to tell researchers whether the sounds matched their heart rates. Despite the study’s fascinating outcome, the research pool was small and only included 18 people. Even so, it gives insights about what may cause a person to act based on gut instinct.

Another reason people may be reluctant to trust what the data says is that research shows executives aren’t ready to entirely rely on data when making some decisions. If members of leadership aren’t willing to trust data in all circumstances, it’s not surprising people at lower levels of the company would feel the same. A report polled 229 global senior executives and found the vast majority of respondents from the sales sector relied more on current and historical data than forecast data to maximize their sales resources. But, as much as 56 percent used at least some gut instinct when making decisions related to sales territories or incentive compensation. There are also instances that show how doing away with gut instinct could cause people or companies to miss great ideas. In one case, representatives for the Seattle Mariners were deciding what new food and beverage offerings to include on the menu at the team’s home venue. Doing that involved seeing what the local restaurants served, and they found an establishment offering roasted grasshoppers. The team managers got invited to a sampling of the unconventional snack and loved it. So, the Mariners moved ahead with serving the grasshoppers, which quickly sold out and caused other venues to wonder what was happening to create such a stir. The team didn’t use analytics, but were correct in their assumption that the grasshoppers would be worthy additions to the menu. When success stories like this one happen, it reminds people there are still valid reasons to trust gut instinct. Some of the best scenarios may involve using a combination of gut instinct and data when possible.

People Should Not Blindly Trust Data

Today’s BI suites are incredibly advanced and can deal with tremendous amounts of data in short periods. But, the progressive improvements of the technology do not mean people should immediately believe what the data says without doing some validity checks first. For example, mistakes can happen while preparing the data, causing the people interpreting it to view the findings incorrectly. Or, if the data shows outstanding results, executives may be so thrilled that they don’t ask the people working with it to double-check the results for correctness. It’s especially important to review the data again if one metric shows success, but doesn’t align with some of the companion metrics that are less remarkable. Some people put too much trust in business intelligence software and forget incorrect inputs can skew the conclusions. Individuals who have had recent experiences showing them BI interfaces aren’t foolproof may be more likely than not to show reluctance in trusting what the data indicates. Ideally, that hesitation should decrease after careful assessments that confirm the data’s outcomes.

Pros and Cons to Both Data and Instinct

Not surprisingly, there are positive and negative aspects to trusting either gut instinct or the data. Giving into the gut may lead to delightful surprises, as it did with the Seattle Mariners. However, people who mostly trust their gut instinct may have difficulty getting their superiors to show confidence in them. And, digging into data can bring clarity by showing trends and making forecasts that would be too time-consuming for humans to compute. But, errors can still occur when using BI software, and people should always scrutinize the data before believing the results.

When businesses evaluate ways to use a blend of BI and gut instinct, they could find a valuable midpoint that relies on both options and views them as necessary.