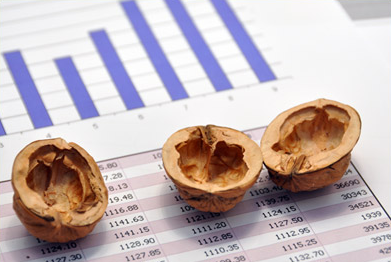 In the United States, shell corporations are safe havens for criminal activity. They have no significant assets of their own and serve mainly to carry out business transactions on behalf of others in ways that are functionally anonymous.

In the United States, shell corporations are safe havens for criminal activity. They have no significant assets of their own and serve mainly to carry out business transactions on behalf of others in ways that are functionally anonymous. The solution to this problem is simple: require corporations to report data on their owners and beneficiaries, and make this data publicly available for use by law enforcement, journalists, and other groups to ensure financial transparency and aid investigation into criminal activity. Just as Congress recognizes open data as a valuable tool for investigating fraud and providing oversight in government, it is time policymakers create better open data on shell corporations to achieve the same in the private sector.

The United States pledged to do exactly that in its commitments to the Open Government Partnership, an international initiative formed in 2011 designed to promote transparency, combat corruption, and improve governance with new technologies. But Congress has yet to pass any such disclosure requirements, so the safe haven for criminal activity provided by shell corporations remains intact. As the international community begins to surpass the United States on the issue of corporate disclosure, there is a pressing need to implement such reforms.

Registration rules require corporations to disclose their legal owners, but not their “beneficial owners”—those who have influence over the company and benefit from its transactions. Legal owners of shell companies tend to be lawyers, trusts, individuals not actually in control of the business, or other companies, potentially across multiple national and international jurisdictions, to obscure the beneficial owners. These opaque ownership layers, potentially further obscured by attorney-client privilege (i.e., if a lawyer forms a shell company on behalf of their client, they are legally exempted from disclosing information about their client), make it difficult for regulators and law enforcement authorities to follow the money flowing through shell corporations. This makes them attractive covers for tax evasion, money laundering, financing criminal activities, and other nefarious schemes.

Former Congressman William Jefferson, who was famously sentenced to 13 years in prison on corruption charges, used shell corporations legally owned by family members to accept nearly half a million dollars in bribes. Additionally, the New York Times spent an entire year identifying beneficial ownership of over 200 shell companies tied to just one luxury highrise in New York City. The Times’identified more than a dozen beneficial owners who have been investigated or arrested by governments around the world for financial fraud, environmental violations, or other crimes, underscoring how purchasing property via shell corporations is a common method of avoiding taxes for U.S. citizens and wealthy foreigners alike. Similarly, Reuters found that from 2007 to 2011 shell companies were responsible for $1 billion in Medicare fraud in just eight states.

The United States is second only to Kenya in terms of how easy it is to register a functionally anonymous shell corporation for illegal activities. There are two reasons for this. First, no state, aside from Alabama and Alaska, requires corporations to disclose beneficial owners. Second, states have a financial incentive to make corporate disclosure as limited as possible to encourage businesses to incorporate within their borders. Delaware, for example, has minimal filing requirements for corporations and generates revenue from the over one million businesses that decide to form within the state. While states absolutely should continue to streamline the process of starting a new business, using critical beneficial ownership data as a bargaining chip creates a race to the bottom for financial transparency. Rather than restrict the availability of valuable data, states should instead compete by making corporate registration as inexpensive and efficient as possible to encourage incorporation.

The European Union took steps in late 2014 to impose stricter disclosure rules for companies, requiring national governments to establish central repositories of corporate beneficial ownership. However, the rules do not require complete transparency. While regulatory authorities will have full access to these repositories, members of the public, such as journalists, must demonstrate “legitimate interests” before they can access this data. Additionally, only government authorities will have access to information about beneficial ownership of trusts. Taking these rules a step further, the United Kingdom, also a member of the Open Government Partnership, signed the Small Business, Enterprise, and Employment Bill into law in March 2015, requiring all companies to disclose corporate beneficial owners, which it defines as anyone capable of exerting significant influence or control over the company, whether directly or indirectly, and establishes truly public registers of this information. Denmark has pledged to build a similar, more transparent system as well.

U.S. lawmakers have introduced several bills in Congress that would implement similar reforms, though none have passed. Most recently, the Incorporation Transparency and Law Enforcement Assistance Act of 2013 would have required states to collect beneficial ownership information for use by regulatory authorities. Importantly, however, the bill left the decision to make this information publicly available up to individual states. If no states are required to make this data as open as possible, it is unlikely that any, particularly those eager to court new businesses, would voluntarily adopt stricter disclosure rules.

While such a change would be a huge step in the right direction for law enforcement, there is a pressing need for public access to this data to ensure transparency and to help identify potentially illicit activity, as demonstrated by New York Times’ and Reuters’ investigations. If beneficial ownership information was publicly available, these types of unsavory or illegal activities could be subject to scrutiny by law enforcement and the public on a much larger scale and with substantially less effort. Congress should pass national corporate disclosure rules that require identification of beneficial ownership and makes this information freely and easily accessible. Such legislation is necessary for the United States to fulfill its commitments to the Open Government Partnership and to prevent individual states from turning a blind eye to potentially illegal financial activity within their borders.

Data Privacy Advocates Must Avoid GDPR Complacency at All Costs