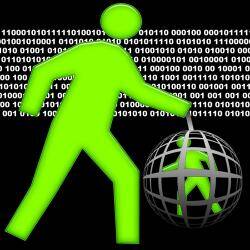 Technological progress has always led to heated debates about the threats a new technology would pose for society and humanity.

Technological progress has always led to heated debates about the threats a new technology would pose for society and humanity. When in the 15th century printing press was invented, monks viewed easily available books that were unapproved by the church as a threat to their control over learning. The respected Swiss scientist, Conrad Gessner, feared that the information overload caused by the printing press could be confusing and harmful to people. Similar concerns were made when newspapers became more available in the 18th century. The French statesman Malesherbes feared that newspapers would isolate readers. When in the 19th century education came more generally available, it was thought that it was a risk to mental health. The radio would distract children, while the invention of television was thought to hurt radio, conversation, reading, and the patterns of family living.

Since the rise of the internet we have heard more of such fears: Email would hurt our IQ, Twitter could harm our moral values and Facebook could even raise cancer risks. Google would make us stupid and upon entering the era of big data the fear is that we will lose our privacy.

Although big data technology makes it absolutely possible to follow our every move at any time and anywhere, it does not mean that organisations can do whatever they want with that data. We know that generation X and the baby boomers are very careful about their privacy. Generation Y is also very conscious about privacy and “just because they want to be in public, does not mean they want to be public” as mentioned by Dana Boyd in her talk at the TechKnowledge conference.

So, how can we protect our privacy? Well, there are three different parties we can look at in taking care of that: Governments, Organisations and Consumers.

Let’s first look at the governments. In most countries, the current privacy laws still date from the 70s and 80s, when the World Wide Web did not yet exist and we were still using landlines to call each other. These out-dated privacy laws contain many loopholes and it is about time that they are being updated. Governments around the world are therefore updating their privacy bills. Which is a good thing, but unfortunately developing new laws take a lot of time and more often than not they do not achieve what they were created for. A great example is the cookie-law of The Netherlands, which completely missed its goal and had to be changed within 1 year. It may be clear that governments simply cannot keep up with the speed technology changes. As such, laws are already out-dated the moment they are passed. Governments are not able to keep up with all things that are happening and we also cannot, and should not, stop the technological progress to match the speed of law making.

In an earlier post I suggested four ethical principles that organisations should adopt in order to protect consumers’ privacy:

These ethical guidelines will help organisation deal with all the data that they collect and define policies that ensure the privacy of consumers is sufficiently protected.

In case an organisation decides to not play by the rules and to give a damn about the ethical guidelines it can easily result in a bankruptcy of that company when things go wrong. The power of consumers has increased so much with social media and all communities around the world, that a protest is organised easily. Within days a large group of consumers can become connected and decide to boycott any organisation that does not live by the rules. Switching-costs are so low nowadays that it is very simple for consumers to switch to a company that better protects their privacy. In case there is no alternative available, there will always an entrepreneur who will fill that gap.

New technologies always come by trial and error and unfortunately we will probably face a few catastrophes in the future. The challenge is to limit these to as little possible of course. Consumers and organisations should ensure this and governments should assist with regulations when needed. In the end however we, the citizens, decide ourselves how our society looks like and which organisations are allowed to take part in it. The first organisation that will go out of business due to a privacy issue will set the example for other organisations. It will have a self-regulating effect on other companies. So, if an organisation wants to survive in the future, it will have to adopt the ethical big data guidelines.