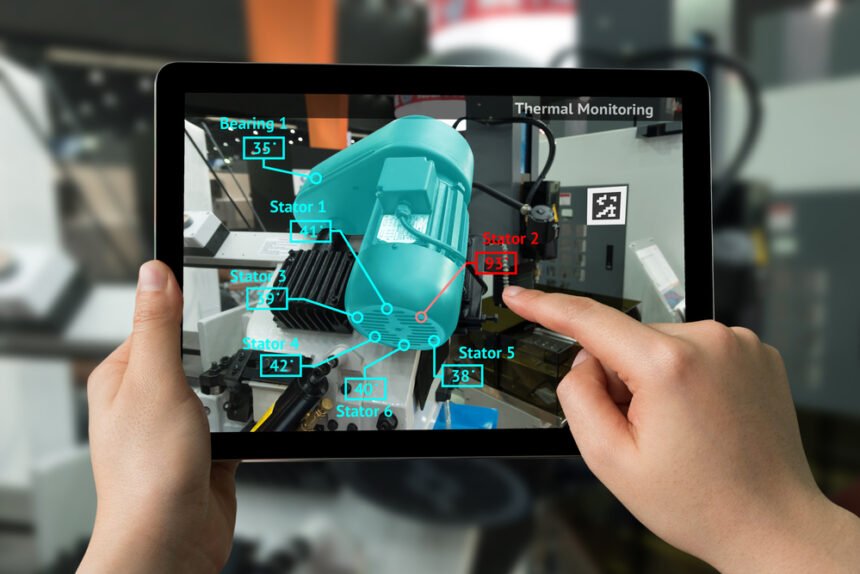 Technology is moving at such a fast rate that everyone—including the business sector—is trying to keep up. There’s no doubt in how technology has improved almost all business processes, and one development that’s taking off is augmented reality.

Augmented reality (AR) uses real-time computer-generated images in the surroundings of the viewer. So as a user, you can perceive the augmented objects which are a part of the real world to give you an interactive and enhanced experience of the visible world’s environment. That’s why it’s unsurprising that AR has gained traction in the gaming world, e-commerce, marketing, education, among many other industries.

The combination of virtual reality (VR) and augmented reality (AR) gives the user a wonderful experience that unites the real world and virtual world with great 3D visuals.

Difference Between AR And VR

Though the two are closely related, there are noticeable differences. Much of the differences are in the devices required and the experience you get. Here’s a quick rundown of how the two differ from each other: 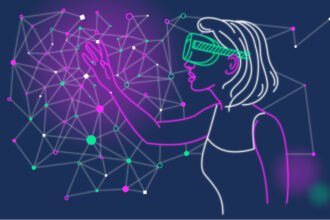 How Can Augmented Reality Benefit The Manufacturing Industry?

That said, in this article, you’ll know which industries have been greatly impacted by AR technology and find out in which ways you could use it.

Perhaps the mobile industry is leading when it comes to the use of the augmented reality technology. Several mobile companies have embarked on augmented reality app development due to the huge and growing demand for the service.

Google’s ARCore is transforming this industry with publicly made Street View photos. If you’ve got an Android smartphone that can use ARCore, you can easily submit Street View photos to Google. Such photos can be used with Google maps and used with photos captured with more sophisticated equipment.

On the other hand, Apple has moved milestones to ARKit 4, which is the latest version of open-source augmented reality construction tools. Compared to the previous versions, ARKit 4 has more features such as improved face tracking, location anchors, and a new depth API.

The 3D capabilities of augmented reality can help your business save money and time. Mistakes in the manufacturing process can be very costly, thus you need to avoid them to the maximum. Some errors can mean rebuilding a certain product or improving an existing one. Incorporating augmented reality in your business can help you spot manufacturing errors so you can address them early enough.

With AR, you can prototype your product and digitize it using 3D, which would make it easier to understand. After studying the prototype, your business leaders can undertake the right decision for effective action. Thus, with this technology, you enhance the efficiency rate and speed of the manufacturing process, ultimately increasing your revenues.

Many colleges and schools are now offering augmented reality apps. If you’re an entrepreneur servicing several educational institutions, you can use AR to create virtual portals and course materials that are more engaging. Your teachers can interact with students by creating and showing 3D models, which provides better learning visuals and makes learning fun. It helps students be more creative and improves the interaction between students and students and teachers.

With the available bigger internet bandwidth, indoor navigation using AR is possible with tools such as Bluetooth beacons, QR codes, and ceiling antennas. Furthermore, if you have an excellent Wi-Fi network in place, using Apple’s AR can give you the best experience of indoor navigation. You can use ARCore and ARKit applications to navigate your way out of shopping malls, airports, or other large buildings.

While shopping, AR can help you with in-store navigation to locate what you’re looking for. You can enhance your outdoor navigation with Google’s AR Live View directions in Google Maps. The ability to include landmarks and the broadening of Live View to cities of the world has boosted the users’ experience and has made navigation easier.

ARKit 4 for Apple is also a leading innovator in outdoor navigation after introducing geo tracking that uses a street view to get the best positioning.

One of the leading applications of AR in the automotive industry is the heads-up displays (HUDs) which you might have seen in video games and movies. Drivers can use AR to view the road, which could potentially enhance road safety. As a driver, you can know potential hazards without causing obstructions and distractions of the view of the road.

For instance, Nissan’s Invisible-to-Visible (I2V) tech is using AR to inform drivers of nearby objects. This intelligent tech can bring your focus to the road in case your attention starts to wander.

AR is also used in automotive marketing. Leading in this are Accenture and BMW, which allows you to experience the car you want to buy in your driveway without having to go to the dealership. You can also see the appearance of a car in different colors using AR.

AR is finding its way in the medical field in a massive way to simplify complex medical concepts using interactive 3D forms. Medical professionals can describe treatments and illnesses easily to their trainees and patients with the use of AR. Furthermore, the 3D visuals of body organs from several angles enable surgeons to do precise stitching, which greatly increases the success rate of an operation.

For instance, Google Glass uses AR technology to see a patient’s clogged veins and the exact place they’re clogged for better surgery. Similarly, Microsoft HoloLens is used by medical students to peel virtual tissues from digital cadavers. Moreover, the medical field is making use of modern AR technology such as HUDs and different wearable objects to boost decision-making and also use robots during surgeries.

Augmented reality helps you visualize your environment more accurately to better your professional services. This technology is expected to advance in the coming years, so expect to see more AR in the real world.

The automotive industry is now eyeing driverless cars and trucks that can be driven in the cities to help reduce traffic jams. Other areas to watch include education, manufacturing, medicine, among many others. You can learn more about AR from the many available online resources. With all that has been shared in this article, AR will significantly change the way things are done and how humanity will live in the future. 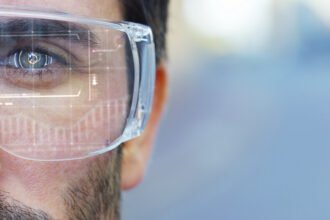 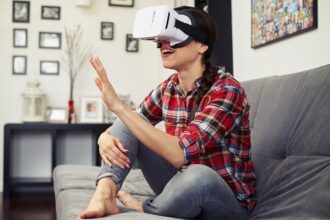 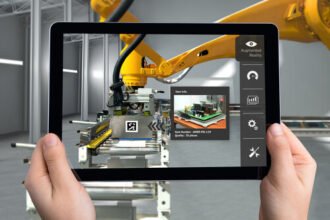 How Can Augmented Reality Benefit The Manufacturing Industry?