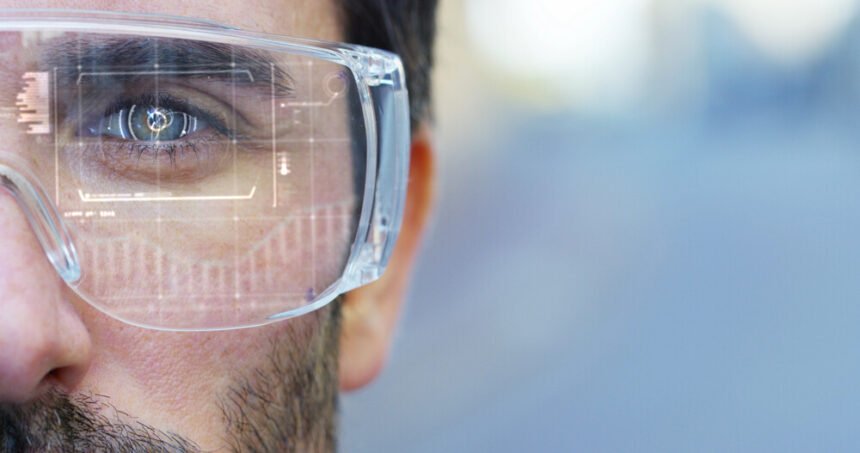 Whether you’ve been busy catching Pokemon or using Google Translate to convert an overseas street sign into English, the chances are that you’ve come across augmented reality at some point in recent years. The hype surrounding augmented reality is showing no signs of slowing down either, with the Telegraph reporting that global spending on both AR and virtual reality technology is set to top £16 billion by the end of 2019 – representing a monumental increase of 68.8% on the year before. (Augmented Reality markets are forecast to continue their growth moving into the next decade. Image: Tractica) The implementation of AR on the likes of mobile apps, smart glasses and advertising platforms has brought with it plenty of improvements in the fields of healthcare, education, gaming and web development. There’re even ways to integrate AR with a WordPress website. But some of the biggest innovations in the industry have been somewhat unconventional and fairly left-field. Here are some of the uses of augmented reality that you may not already be aware of:

Contents
Turn doodles into immersive designsGive your nails a polish through BlipparGain a helping hand during complex surgeriesPlay ping pong in the park against a friend 5,000 miles awayHelp the near-blind to regain some independenceConclusion

There are few things more enthralling than absent-mindedly putting pen to paper and creating elaborate drawings out of a simple doodle. Now, Gravity Sketch can bring your artwork to life thanks to the power of augmented reality. By using your hands or the app’s dedicated ‘controllers,’ users can use headwear like Oculus Rift or HTC Vive to draw their creations in the air and zoom in and out of their designs as they’re placed digitally in the real-world environment around them. (Gravity Sketch has the ability to turn whimsical drawings into robust designs, before superimposing them into real-world environments. Image: Gravity Sketch) The best thing about Gravity Sketch is that it harnesses the power of AR to throughout any boundaries to your creativity. By physically drawing within the world around you, it’s easy to think as big or as small as you like.

Give your nails a polish through Blippar

Blippar is one of the most prolific AR advertising organisations out there, and their paper-based campaign alongside Maybelline raised more than a few eyebrows when it was launched in the US. Maybelline’s magazine advert was designed to spring into action when users switched on their Blippar app and hovered over the page. Suddenly, an interactive display would spring up in front of them via their mobile phone screens before offering the user to trial their range of 40 different nail polishes. Users simply placed their fingernails in view of their camera and the app would get to work on superimposing Maybelline’s line range of polishes onto their hands. The idea of digitally trying out things like furniture and clothing items through augmented reality might not be particularly new – but Maybelline and Blippar showed that there really are no limits when it comes to the implementation of AR. Incidentally, the campaign was a success. Readers who interacted with the advert did so for an average of over four minutes, while over 10% of users shared the campaign on social media. Beyond the realm of advertising, the exercise helped Maybelline to understand which of its products were trending higher than others. Mesmerise is another exciting startup that focuses on crafting AR, VR & MR experiences for publishers.

Pioneering techniques for usage in advertising and design may be one thing, but the practicality of augmented reality means it can ultimately save lives too. VIPAAR stands for Virtual Interactive Presence in Augmented Reality, and the technology could pave the way in providing surgeons with help during complex surgery. VIPAAR works via the help of Google Glass. When a surgeon wears their Google Glass, VIPAAR transmits live footage of the surgical field to a senior expert who’s on hand to help out. When they feel the need to interject during a procedure, the remote surgeon can place their hands into the line of sight of their counterpart and physically guide them through tricky parts of the surgery. They can also recommend specific pieces of equipment that appear as prompts in the surgeon’s heads-up-display.

Play ping pong in the park against a friend 5,000 miles away

There’s always time for a little bit of gaming with a friend, and Pong is a timeless classic. But given its graphical limitations, how easy is it to turn the table-tennis-themed arcade favorite into a fully-fledged immersive experience? Easier than you think, it turns out. Through the use of augmented reality, users can be just about anywhere in the world – whether it’s in front of the TV at home or sitting in the park – and with the help of Watty’s AR Ping Pong app, they can conjure a 3D table tennis table in front of their eyes. (Game, set, and match. Watty’s immersive AR Ping Pong experience in action. Image: Forbes) Three-dimensional AR Pong might not seem particularly ‘weird and wonderful’, after all, Pong itself is the oldest video game in existence. But what makes this particular app fascinating is that your opponent might not be in the same area as you, or the same country, or even the same continent. AR Ping Pong is a game that pioneers the use of Remote AR – which is a fresher approach to augmented reality where users can interact with each other with the same digital overlay over the real world but from completely different locations. With the advent of 5G, there’s plenty of hope that more Remote AR pioneers find the computing power they need to produce more of these mesmerizing immersive experiences.

Help the near-blind to regain some independence

The VA-ST visor won the 2014 Google Impact Challenge, and with good reason. The technology, which acts as a pair of smart specs, is designed to help users who are either legally blind or partially sighted to perform daily tasks. The software not only utilizes augmented reality but also machine learning in recognizing 3D objects and then recognizing them in a scene. The VA-ST visor can map out familiar faces, guide users through new environments and help to point out lost objects. VA-ST is excellent in projecting and highlighting items, faces and routes in a way that can help to bring a level of independence back to disadvantaged individuals. Making it a very worthwhile concluding item on our list.

We’re living on the verge of a boom in the implementation of augmented reality, and the arrival of 5G data will only accelerate the production of more and more elaborate AR tools, games and equipment. Playing a game of Pong in a park with your friend in Slovakia may only be the start of the coming communicative revolution.

By Dmytro Spilka
Follow:
Dmytro is a tech and finance writer based in London. Founder of Solvid and Pridicto. His work has been published in Investing.com, IBM, FXStreet, Entrepreneur and FXEmpire.