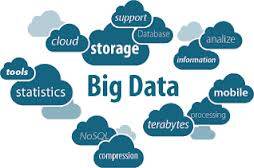 One of the weaknesses of marketing has always been overgeneralization. Marketers have forever relied on grouping people into categories based on common characteristics, like age, gender, or household income, and then treating all of those people as the same — also known as stereotyping.

One of the weaknesses of marketing has always been overgeneralization. Marketers have forever relied on grouping people into categories based on common characteristics, like age, gender, or household income, and then treating all of those people as the same — also known as stereotyping.

The problem is that no two people are actually the same, let alone a whole group of them.  However usually they’re similar enough that you can get away with grouping them together with decent results.  But what if you actually had the ability to sell to an individual person based on their exact circumstances, instead of treating them as just another member of a group?  That’s the promise of Big Data, and while we may never get to a scenario where everyone is sold to as their own individual identity, Big Data certainly brings us much closer to that ideal than the crude, broad-strokes marketing segments that have been used traditionally.

In his seminal book The Long Tail, Chris Anderson pointed out that people’s interests are actually far more diverse than marketers have wanted to admit.  The reason that mass marketing worked in the past was because businesses had been dealing in physical goods, and because when you’re dealing in atoms there are necessary limits placed on distribution.  At least in this universe, only one physical object can occupy a space at a time.  Putting one item on a shelf means you can’t put any other items there.  And since that shelf space also has a cost, like rent and labor to stock it, in order for a retailer to be profitable they only want to carry items that would bring in more revenue than it cost to own and manage that shelf space.

These economics of physical products led stores to only carry the items with the widest appeal, and therefore the best likelihood to sell enough to cover the cost of their shelf space.  That doesn’t mean people didn’t want other products, but instead that they bought the best possible product for their needs based on what was available.  Since there was necessarily a reduced selection, because we were dealing with physical goods, this meant that marketers could be successful selling mass products to broadly defined demographic groups.  Those audiences had to buy from someone, since more specialized products didn’t exist because they couldn’t be distributed profitably, so marketers could get away with using generic audience segmentation.

This is no longer true.

We have moved into a world dominated by the digital.  Digital products have completely different economics from physical products.  With physical goods, if one person buys a particular box of cereal, no one else can own that same box.  It’s a zero-sum scenario, whereas with digital goods if one person downloads an ebook, it doesn’t do anything to reduce the supply of that ebook.  It can be downloaded as many more times as it needs to be, without ever reducing the availability.  This means that there is in effect an infinite amount of shelf space in these online stores, and it has allowed the number of products offered by online business to exponentially increase.  And what Chris Anderson found when researching The Long Tail is that there is demand for these products, and when given the choice consumers are far more individualized than the old marketing models suggested.

Big Data is how successful companies are building more detailed models of consumer behavior.  Instead of relying on the traditional demographic models that marketers used when we were operating in a mass consumption environment and had nothing better, Big Data capitalizes on developing market trends to allow businesses to become far more specific when segmenting their customers.

The digitalization of society means that there has been an almost obscene increase in the amount of data available to corporations, and they’re now struggling to make sense of it in order to turn a larger profit.  For example, did you know that, if you add up the amount of information created by all of human society from the beginning of time until 2003, it is the same amount of data that we create in just 2 days now?!  With this explosion of information, for the first time businesses are in a position to understand their customers in much greater detail.

Think about Amazon.  Instead of defining customers simply by their demographics, they can now target them based on their behavior — and they sell physical goods, so don’t claim that this only works for products made up of ones and zeroes.  Amazon can see the products you browse, suggest similar products, show you what people who viewed the product you’re currently evaluating ultimately purchased, show you what products people usually purchase together, and if you don’t buy, they can send you an email with products they think you will purchase based on what you’ve recently looked at.

Think about how sophisticated that is compared to how traditional marketing worked.  Amazon doesn’t care if you’re a black male in his eighties, a white female in her teens, or a Latin American female in her thirties.  If your browsing and purchase behavior fit their predictive models for what they know will sell, then they can show you targeted communications that introduce you to those items.

So while you may still be treated as a predictive output of a Big Data customer segmentation algorithm, it’s a lot closer to being treated like an individual than consumers were before.