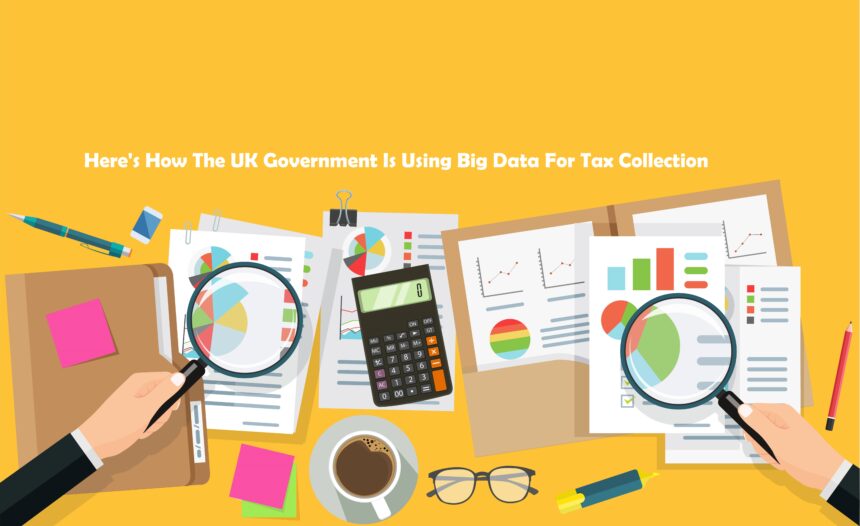 Governments around the world are stepping up their use of big data for tax. They are depending on it more heavily than ever to ensure compliance and eliminate waste. The UK government has recently begun using big data for tax policies.

Contents
Can Big Data Really Help With Tax Compliance?So how is the UK Government planning to use big data?Big Data is Playing an Important Role in Fighting Tax Fraud

A couple of years ago, the United States Internal Revenue Service admitted that it is using big data to stop tax cheats. Among the strategies they employ include data mining social media content for evidence that people are living a more affluent lifestyle than their tax filings suggest should be possible. They believe social media data mining and other big data strategies are key to cutting the $300 billion in lost taxes every year.

The UK tax authorities seem to be following suit. Tax Evasion and Avoidance collectively cost the UK £6.9 billion every year. Increasing public pressure over large companies evading tax, especially at a time when UK government spending to public services is being cut, is driving the government to act. Therefore, they have sought data on citizens to develop predictive analytics models to conduct better audits.

As well as new laws and more extensive powers for the various government bodies enforcing those laws, the UK government are turning to big data for tax and data analytics to help tackle the problem.

Before delving further into the role of big data for tax, it’s important to understand the difference between tax evasion and tax avoidance. It’s outlined here, along with some charts showing how some specific tax avoidance schemes operate in the UK. The basic difference is that tax evasion is a completely illegal practice of either not reporting income or trying to claim for tax deductions that you aren’t legally eligible for. Tax avoidance is more complicated, typically following the letter but not the spirit of the law by moving money between multiple companies and/or trusts to avoid taxation.

So how is the UK Government planning to use big data?

Tax authorities plan to increase the amount of data Her Majesty Revenue and Customs (HMRC) hold and can analyze. They’ve done this by extending their legal right to gather data from merchant service providers and data aggregators, including those that are based outside of the UK. This is a crucial step, as many Tax Avoidance schemes use businesses and trusts based overseas. They also now have the power to hold an online market place liable if a trader sells goods in the UK without paying tax on it.

Secondly, there will be data gathering and monitoring of certain high-risk groups. These include previous tax evasion and avoidance offenders, who will have data gathered on them for several years after they are convicted. Certain affluent individuals will also be monitored as they have been identified as a high-risk group because those with overseas business assets or connections are at a greater risk of offending.

Thirdly, as well as building data gathering, monitoring and analysis capabilities, HMRC is also using data and insight to change their own behavior from a reactive organization to a proactive organization. They plan to do this primarily by using insights into human behavior to “nudge” individuals filing their taxes to be honest at key steps in the filing process.

Everything that the EU does in turn follows OECD rules (another reason why Brexit is unlikely to change things significantly in the tax evasion and avoidance arena).  The OECD’s interest is particularly in regulating the digital economy and preventing companies like Facebook and Google from moving profits around to avoid tax.

The data sharing initiatives set in place to prevent these big companies from exploiting loopholes will also help individual member countries like the UK deal with their nationally specific issues, giving them access to international expertise and processes.

Of course, it’s not just big data and analysis that prevents and reduces tax evasion and avoidance. The UK has steadily increased the number of convictions related to tax and made the penalties more severe, including higher fines and longer prison sentences. But without the data and analysis in place, this would be impossible to achieve.

Tax fraud is a major problem in the United Kingdom these days. Tax authorities are finding new ways to fight against it. Data mining has proven to be one of the most effective strategies in their arsenal, so they are likely to invest in it even more in the months to come.