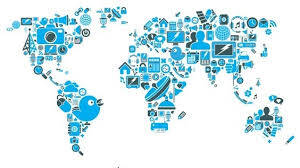 The Internet of Things offers great potential for organisations and societies. A connected world where billions, or even trillions, of devices are connected to the Internet and as such can communicate with each other.

Organisations will be able to track their assets in real time, improve utilisation of the assets to meet demand. They will be able to predict required maintenance without visiting remote devices such as windmills, saving money on for example helicopter trips. Monetization of expensive assets becomes easier for organisation as the Internet of Things will enable operating expenditure instead of capital expenditure; meaning that users of certain assets are billed based on their actual usage, engine hours, and fuel load etc. instead of having to purchase expensive assets. In addition, devices that are connected to the Internet can receive software updates regularly, instead of replacing the asset thereby prolonging the life of the asset.

There are already many different examples of products that are connected to the Internet. Although the most potential is for manufacturers to connect machines to the Internet, the most visible to the consumer are consumer-related products. What about Cuptime, a Chinese Internet-enabled cup that measures hydration levels. Or the Stir Kinetic Desk that keeps you fit, energized, and inspired by moving from a seating position to a standing position automatically and tracking how many calories you have burned. The company Skully Helmets has created and augmented reality motorcycle helmet with rear-viewing possibilities. The examples are almost endless and the website Postscapes has a list with a lot more connected devices.

The Internet of Things will be a complex structure of hardware, sensors, applications and devices that need to be able to communicate geographically and across verticals. Especially for supply chains this requires shared standards to exchange data across different organisations. The success of the Internet of Things will be determined by the existence of such, global, standards.

A large consortium of the biggest players in the market is working on developing such standards. AT&T, Cisco, IBM, Intel and GE have formed an Industrial Internet Consortium (IIC) to improve the integration of the physical and the digital world. The IIC, founded in 2014, combines and manages the efforts of governments, organisations and academia to catalyse, coordinate and manage programs that will lead to the right standards for the Industrial Internet, or the Internet of Things for manufactures. Effective and general standards are still far away, but the consortium will definitely contribute to a faster creation and adoption of such standards. According to Rachel Kalmar, Data Scientist at Misfit Wearables, also well-documented API’s could contribute to better and more open standards.

In the Internet of Things it’s not about who owns the data but who controls the data and receives access to that data. Ownership of data is and probably will remain a difficult topic for years, but it is probably shifting to having access to the data and being able to use it for analysis. Just as we see with the peer-to-peer economy or share-economy; it’s not about ownership but having access to. From a consumer perspective this will be a major challenge. More and more consumers are becoming aware of the fact that ‘free services’ such as Gmail or Facebook are actually paid for with data. So if consumers have to pay for Internet-connected devices, the question is who owns that data that is created with that device?

For the Internet of Things to work seamlessly, the more data that is shared the better. We will probably all benefit if organisations can combine and mix the data for additional insights. So, in a perfect world the owner of the data decides who gets access to his/her data and can even monetize the data, because of the additional insights organisations derive from it. Unfortunately, we don’t live in a perfect world so this could be one “of the more significant barriers to large-scale adoption of the technology” as Rakesh Sharma writes for Forbes.

Mixing the digital and the physical world will require the highest security standards to prevent terrible accidents to happen. We have already seen the case of the hacked refrigerator to attack a business and the Stuxnet malware that attacked Iranian nuclear facilities. In a paper by the EU, data security is described as a necessity “to ensure availability and continuity [..] and to avoid any potential operational failures and interruptions” with Internet-connected assets and devices. They continue with an example of hacked smart meters within an energy grid that “could cause major blackouts and it may be very difficult or impossible to resume the power supply to the home”.

Already we have seen major data breaches, the latest being from Germany where 16 million Germans where affected by the hack. In a connected future, criminals gain a lot more possibilities to attack companies and steal (digital) properties, commit fraud or blackmail organisations. Any organisation dealing with data, which means almost any organisation in the world, will need to take preventive measures. Both physical such as access badges, cameras, phones, and gates, as well as digital measures such has the highest encryption of all data.