Innovation from the Cloud 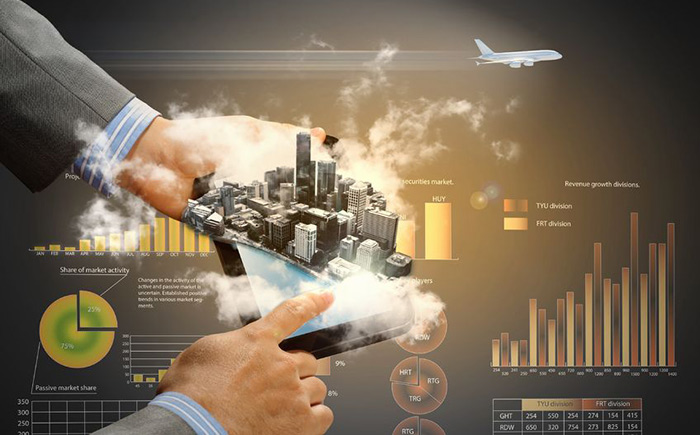 In September of 2015, the Obama Administration announced their “Smart Cities” Initiative. The initiative represented a $160 million investment into federal research and dozens of collaborative technologies. The goals of smart cities include, “reducing traffic congestion, fighting crime, fostering economic growth, managing the effects of a changing climate, and improving the delivery of city services.”

While the endorsement of the U.S. Government was significant, smart cities have been in the works for quite some time. Built on reclaimed tidal flats at a cost of $40 billion, the South Korean city of Songdo “debuted” in 2009, virtually from scratch.

The Utopian Vision of Smart Cities

Realizing the potential of a ubiquitous city, with technology built into infrastructure itself, Songdo offers innovation heretofore unforeseen in urban planning. For example, garbage trucks are unnecessary in Songdo, as the city uses a pneumatic waste system. This means all waste goes into a network of underground pipes, through which trash is automatically sorted and routed to the appropriate landfill or recycling center. Additionally, residents in the city center can video-conference each other or attend classes remotely via a robust digital network.

Lest anyone be misled into believing that the inspired planning is confined to waste management and IT in Songdo, note the city’s beautiful boulevards and the elegant network of canals. Metrosourcenoted the utopian quality of the cityscape in a recent article, noting:

“To a visitor, the city of Songdo IBD might appear equally miraculous — a city where the wonders of technology meet with the furthest reaches of the human imagination to create a place of unlimited possibility.”

From automated homes to traffic and pollution monitors, civic planners look to Songdo as a realization of the promise of smart city technology.

Not all share the same enthusiasm for smart cities. In a world of headlines referencing “lone wolf attacks,” “soft targets,” and “sleeper cells,” the ramifications of interconnected infrastructure suddenly feel less utopian.

In June of 2016, the security technology solution provider, Tripwire, surveyed a group of 203 IT professionals working for state and local governments. The responses indicate a heightened level of concern about the security risks associated with smart cities. Respondent data indicated the following:

Through the result of any intentional sabotage, the Northeast Blackout of 2003 offers evidence of the economic and human toll that a compromised or disabled city metropolitan infrastructure might cause. That event led to the loss of power for 50 million people over a two-day period. Eleven deaths and $6 billion in losses are attributed to the outage.

An interconnected city grid of traffic and pedestrian cameras offers a wealth of actionable Big Data. As an example, in the Dutch city of Rotterdam, “the traffic authority monitors about 22,000 vehicle movements every morning, while the regional environment agency produces hourly data about air quality from sensors across greater Rotterdam resulting in over 175,000 observations per year.”

In addition to better managing traffic and public transit, as well as controlling pollution, proponents highlight the ability of such data to enable enhanced policing, crowd control, and even public sentiment monitoring.

However, others express grave concerns about the potential for abuse in such systems, especially given the integration of smartphones into connected apps utilized by many smart cities. Although ostensibly “anonymous,” smartphones contain personal markers, and a wealth of information that represents great value to marketers, government agencies, and fraudsters. Govtech.com noted this danger in a recent article featuring Rob Kitchin, a professor at Maynooth University in Ireland who specializes in smart city and urban infrastructure issues:

“Each smartphone has unique identifiers that can be accessed and shared by apps, some of which can be captured externally via Wi-Fi or Bluetooth signal. These identifiers can be used to track the phone and, by association, its owner. Although the IDs are pseudonyms, they act as very clear personal markers that have a range of other information attached to them, such as phone numbers, email accounts, messaging logs, address books, social media accounts, credit card details, etc., as well as inferred information such as home and work addresses.”

Though the vision of smart cities integrated with ubiquitous technology, is a fascinating one, it also presents obvious concerns. To that end, not-for-profit global initiatives, such as Securing Smart Cities, aim to “solve the existing and future cybersecurity problems of smart cities through collaboration between companies, governments, media outlets, other not-for-profit initiatives, and individuals across the world.”

Share your thoughts on smart cities and the pros or cons of connected cities in the comments below!