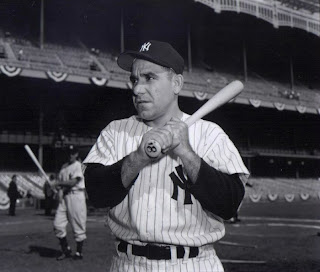 Yogi Berra once said, “It’s like deja-vu, all over again.” With regard to new technologies, the same continues to hold true: The technologies themselves might be new, but they are fundamentally addressing old problems. Many of today’s emerging technologies such as cloud computing, SaaS, MDM, and social networks are really attempts to deal with core business issues. These include:

Yogi Berra once said, “It’s like deja-vu, all over again.” With regard to new technologies, the same continues to hold true: The technologies themselves might be new, but they are fundamentally addressing old problems. Many of today’s emerging technologies such as cloud computing, SaaS, MDM, and social networks are really attempts to deal with core business issues. These include:

One lesser-discussed topic is semantic technologies–at least for the time being. While not on the tips of most people’s tongues quite yet, they are beginning to make inroads in a number of areas. In this five part series, I’ll be covering the semantic web with a particular focus on improving customer service in the financial industry.

In this part of this series, we’ll answer three main questions:

What is the semantic web?

You may not be familiar with the semantic web. Six months ago, I sure wasn’t. So let’s get the definition out of the way. According to Wikipedia, it is:

an evolving development of the World Wide Web in which the meaning (semantics) of information and services on the web is defined, making it possible for the web to “understand” and satisfy the requests of people and machines to use the web content.[1][2] It derives from World Wide Web Consortium director Sir Tim Berners-Lee‘s vision of the Web as a universal medium for data, information, and knowledge exchange.

Some have referred to the semantic web as Web 3.0. While perhaps a decade away by some estimates, such as a recent report by Pew Research, thousands of people are working right now on making it a reality.

Let’s review a little history here. Web 1.0 represented the first incarnation of a GUI-based internet. Note that, as Wired points out, the web and internet are not the same things. Most Web 1.0 sites were glorified brochures with basic, static pages such as contact, about, services, etc. Perhaps the greatest achievement of Web 1.0 was Google’s perfection of basic search.

Enter Web 2.0, the social or two-way web. We’re living it right now. The second incarnation of the web makes it quite easy to connect with others who share similar interests via Facebook and Twitter. It isn’t hard to build user-friendly web sites and even personal social networks with tools such as Ning. In short, Web 2.0 allows us to create a deeper and more meaningful experience than its predecessor.

In Web 3.0 or the semantic web, information will mean the same thing to everybody, irrespective of language or country. In large part, this is possible via the extensive use of tags.

Via tags, people can more easily find things. Rather than just searching for “rock song” on Pandora, tagging enables people to find “progressive rock songs from the 1970s with odd time signatures and atmospheric feels (read: Pink Floyd).” Alternatively, those searching for photos of a red car on Flickr need not be frustrated because someone used a similar term: red automobile.

What is semantic technology and how is it different than information technology?

Traditional information technology requires predefined information about meanings and relationships. Two disparate systems or tables cannot talk to each other. On the other hand, semantic technology encodes meanings separately from data and content files, and separately from application code. Different applications based upon semantic technology can talk to each other more seamlessly primarily because of their extensive use of metadata (data about data).

Of course, an enterprise cannot merely decide to “go semantic.” A great deal of work needs to be performed on a number of levels in order for an organization to realize the benefits of semantic technology. Fortunately, MIKE2.0 provides guidance. Its Semantic Enterprise Solution Offering provides a layer for the enterprise to establish coherence, consistency, and interoperability across its information assets. Applicable information assets may range fully from structured to unstructured (text and document) sources. The methodology of this Offering is

The semantic web is huge, although its widespread adoption is not happening anytime soon. In future parts of the series, we’ll cover specific applications of the semantic web to customer service and the financial industry.