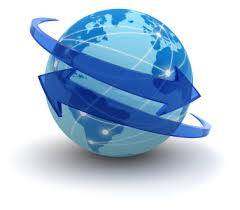 A rules based, structured decision making approach works for many occasions, especially when choices and outcomes are relatively well documented and repetitive. But an exclusive focus on following pre-determined business rules (even when business conditions change) is a recipe for financial disaster.

A rules based, structured decision making approach works for many occasions, especially when choices and outcomes are relatively well documented and repetitive. But an exclusive focus on following pre-determined business rules (even when business conditions change) is a recipe for financial disaster.

Author Michael Lewis of Moneyball and The Big Short fame, has long critiqued decisions made by government officials and bankers in just about every country connected to the Great Recession.  In a recent Vanity Fair article titled, “It’s the Economy Dummkopf!” Lewis stays on the attack with his description of how some banks continued to invest in structured products such as collateralized debt obligations (CDOs), long after investors fled the market.

As the US housing market declined in 2006 and CDOs based on souring loans lost significant value, many investment bankers sold their vast CDO portfolios. However, one banker interviewed by Michael Lewis says that even as the market for CDOs took a turn for the worst, his firm loaded up on CDOs. Adding insult to injury, the banker says; “(The bank’s portfolio) would have gotten bigger if they had more time to buy. They were still buying when the market crashed.”

Picture this scenario: Every other company is fleeing the market and only a few are buying. Did these banks know something others did not? Was this calculated “big bet” that the market would turn and they’d make tons of profit?  Michael Lewis explains the opposite was true; “This was a mindless, rule based investment strategy”, he says. “As long as the bonds offered up by Wall Street firms abided by the rules (as designed by the banks, the bonds were purchased.)”

In search of yield, all that mattered for some banks was whether investments met a few significant criteria. Check box one, two and three, then buy.  Never mind that the market for such bonds was tumbling. In fact, Michael Lewis asserts the only thing that stopped these banks from losing more money was that the CDO market ceased to exist. “Nothing that happened—no fact, no piece of data—was going to alter their approach to investing money,” Lewis says.

Rules based decision making codifies decisions into “if –then” trees to arrive at optimum outcomes. And rules are often straightforward and inflexible because in most “normal” environments when business conditions fluctuate within prescribed volatility, the right decision can be counted on most of the time. However, focusing on the wrong metrics (in this instance “yield”) to the detriment of other considerations such as risks, ended up costing some banks billions of dollars.

Take a lesson from Michael Lewis. Follow the rules, but be wise to regularly examine changing business conditions and adjust rules based decision making accordingly.

Rules, it appears, are sometimes made to be broken.

What to Consider When Choosing a Masters in Business Analytics