Here Is How Artificial Intelligence Can Make Blogging More Productive 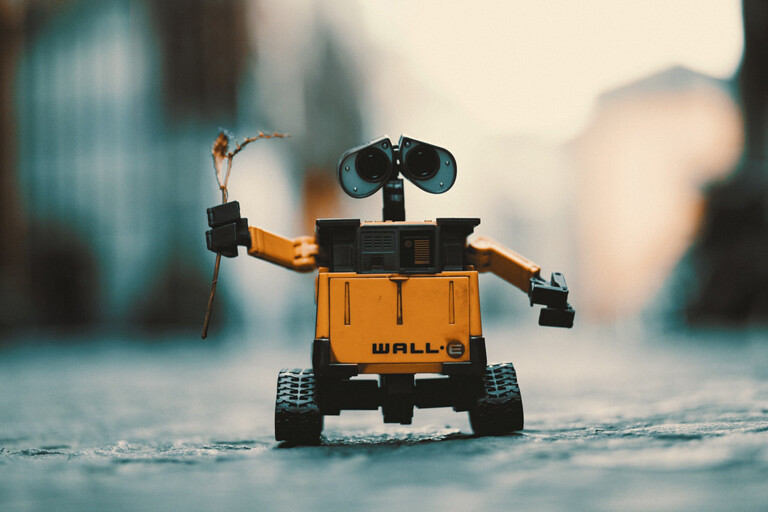 Ever since automation and artificial intelligence entered the scene, people have become worried about robots taking their jobs. When you call customer service, you must speak with a robot that understands regular speech before you talk to a representative. There are self-checkouts at nearly every grocery store and fast food restaurant. With all these machines everywhere, do we really need human employees?

A new study confirms that this fear could be justified. We may be looking at a significant loss of U.S. jobs in the next few decades.

Accounting and consulting firm PwC was particularly interested in the potential effects of robotic automation in the workforce today. Their study showed that well over a third (38 percent) of all U.S. jobs could be replaced by automation by the early 2030s.

This percentage is higher than some other developed nations that could also see future job decreases, including Germany at 35 percent, Britain at 30 percent, and Japan at 21 percent.

Researchers believe that the United States tops the risk chart because its jobs are more vulnerable. The nation has not set up the parameters necessary to welcome in robotics while maintaining higher quality jobs for its citizens. This has a lot to do with the lower level of education in the United States compared to other countries, since jobs requiring a lower education are easier to replace with artificial intelligence.

To illustrate this point, study authors used the example of insurance and financial workers, who are significantly less educated in the United States than in Britain. In Britain, financial employees tend to work more on an international level while the U.S. focuses primarily on domestic affairs that require less investment and education. Often times, artificial intelligence has proven to be the more accurate option, which makes many American jobs in this sector expendable.

Truck drivers are another example. Researchers believe the position of truck driver will be the very first to be fully automated in the future. Driverless technology is advancing every day, and since truck drivers spend most of their time operating on easily navigable roads like freeways and highways, it won’t be long before their jobs can be handled by robots.

There’s no denying that more automation is coming in the future, but it won’t be quite as easy to overtake jobs as you might believe. In fact, many experts believe that we might not even see automation in this lifetime.

“I think we’re so far away from that that it’s not even on my radar screen,” Treasury Secretary Steven Mnuchin told Axios Media. “I think it’s 50 or 100 more years.”

This doubt, which is echoed by many economists, is due to a number of hurdles that must be bypassed before automation can take over.

For starters, it will take a lot of time, money, and resources to take humans out of the equation entirely. Strides have been made in every industry to increase automation, but there’s still a need for humans.

READ
AI And Data: A Pain Or Gain? Here's What The Future Looks Like

For example, companies often use help desk software and similar tools for customer service management, but they still require strong customer service and tech support to keep the software operational. This software may have eliminated a few lower-level jobs, but it’s created a number of higher caliber positions in the process.

Additionally, the expense of putting this automation in place is much higher than many organizations realize. The goal is to save money by using automation, but robots, even digital ones, are expensive to build, maintain, and repair when compared with human workers.

The biggest threat is to blue-collar workers. The less human thinking it takes to do a job, the lower the need to keep humans in these positions. Processes in the fast food industry, sanitation, truck driving, and other lower-paid jobs seem pretty replaceable in the eyes of artificial intelligence.

Secretary Mnuchin doesn’t believe automation will be quick, but he does believe we should prepare for when it arrives. “It’s taken jobs that are low-paying,” he says. “We need to make sure we are investing in education and training for the American worker.”

Those worried about the threat artificial intelligence brings to the workforce should begin investing in higher levels of education and better quality positions. Automation is coming, and the nation that’s prepared will thrive.

Larry is an independent business consultant specializing in tech, social media trends, business, and entrepreneurship. Follow him on Twitter and LinkedIn.

View all posts by Larry Alton