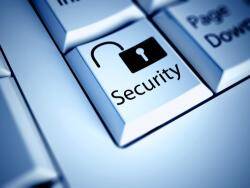 In 2015, varying with the type of identity theft, identity thieves harmed eighteen million people only in the USA. That’s approximately twofold increase compared to 2014.

In 2015, varying with the type of identity theft, identity thieves harmed eighteen million people only in the USA. That’s approximately twofold increase compared to 2014.

The shift from the stripe to chip cards has encouraged criminals to switch to scientifically advanced methods of operation. For crooks, the Social Security Number is the land of milk and honey. ID thieves use it to create new accounts in the dupes’ names, and then go on splashing out. This type of ID theft is known as new-account fraud.

It may continue for weeks, months, and even years before the target person notices it. Often victims never discover these frauds. Such scams may even go by the finance institutions like banks, insurance companies, etc.

A popular fraud is for the criminal to set up a false persona, which is partially fake but incorporates some real but stolen elements. So there is not just a stolen identity but a fictive, make-believe personality made of your Social Security number and somebody else’s residence address and real name. Such case is referred to as synthetic ID. Banks may allow it to slip by.

Synthetic ID scams or simply ID exploits, happen when the thief employs a stolen real person’s identity as a basis for blending with portions if fake personal info to mislead identification.

There are also cases of quick synthetics when personal info fragments belonging to several people are put together into just one new and fake identity.

How can banking institutions stop it?

What should credit card companies do?

What can each of us do?

With the synthetic identity theft when a criminal takes advantage of your SSN and not your real name, you can never find out about such crime. It indicates such fraud in fact may not harm you at all. However:

The most important thing is that credit card issuers and banks should use a multi-layer strategy in verifying and approving applicants. The more layers, the tougher it is going to be for a criminal to pass through. Three, four screening layers are much better than one or two layers.