The Societal Shift of Self Driving Cars 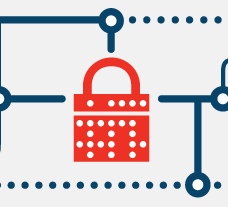 IBM has joined an increasing number of vendors who are pushing for real-time cybersecurity information sharing among private and public organizations, researchers and other network defenders.

IBM has joined an increasing number of vendors who are pushing for real-time cybersecurity information sharing among private and public organizations, researchers and other network defenders.

On Thursday, the company opened up over 700 terabytes of data about vulnerabilities, attacks and other threats through a new cloud-based threat intelligence sharing platform called IBM X-Force Exchange. Other organizations can use the platform to share or confirm their own data, so they can more efficiently respond to security incidents.

The need of better security information sharing between companies or between the private and public sectors has been a hot discussion topic in recent years. Today’s threat landscape is shaped by an unprecedented level of collaboration between cybercriminals, so in order to keep up with attackers, defenders need to work together, too, proponents of threat sharing say.

Some security vendors and industry groups have privately shared threat data among themselves for years, but that’s not enough to respond to today’s fast changing attacks, they say. Vendors may not have consistent visibility of threats across all regions of the world, and a threat that targets one industry today might target another one tomorrow. Allowing the initial victims of an attack to share data in a timely manner could help countless others avoid similar compromises.

IBM is not the first company to understand this need. Security vendor AlienVault already runs the Open Threat Exchange (OTX), a crowd-sourced threat intelligence sharing platform. This week the company launched the beta version of OTX 2.0, which adds a social networking component to the platform.

Facebook had the same idea and used its social networking expertise and existing infrastructure to launch an information sharing platform called ThreatExchange earlier this year.

How AI is Transforming Cybersecurity in 2021?