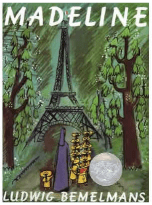 I like the term social business, I’m comfortable with the concepts I’ve used a lot over the last two or so years. I think that it captures the necessary transformation that the post-industrial enterprise needs. As I think about social business I’ve started to use another concept that seems to help clarify things a bit, people-centric enterprise.

I like the term social business, I’m comfortable with the concepts I’ve used a lot over the last two or so years. I think that it captures the necessary transformation that the post-industrial enterprise needs. As I think about social business I’ve started to use another concept that seems to help clarify things a bit, people-centric enterprise. But, I’ve started to think that maybe something beyond social business and people-centric enterprise might help us think through what is really happening or should be happening in the business transformation. There are two very key social outputs (see the IDC Social Business Framework for a discussion on social outputs) that we need to consider, content and community, that represent the force of the social web. In the social context content is often represented by social media and community is seen as a social network. So here’s my idea, maybe we need to start thinking of the new business model as the networked enterprise?

To build a new model for business we have to leverage the power that comes for shifting the focus from process to people. Relationships are drivers of people-centricity, so doesn’t this really mean we’re changing from a hierarchy to a network? I considered other terms that apply, connected enterprise, ecosystem, collaborative enterprise…all are relevant. The business transformation has impact on all parts of the business from sales to field service and from inside to out. There’s a concept in economics called the network effect, or the tendency that the value of a product or service increases as more people use it. The example of network effect most often cited by business texts is the telephone, a single telephone is useless but value increases the more people have and use it. We see this effect on the social web to a great degree, social networks like facebook and Myspace are relevant because people are connected there and become more or less valuable as more people join / use the service (or don’t, so network effect can be both positive or negative).

From what I’ve started to observe I think that there could be a related concept to the network effect in a networked enterprise. In the networked enterprise there is an effect that I call network synergy, or value to the business is increased as a result of the increased interconnectivity of it’s people. The addition of the term synergy implies that the interconnection of people produces a result that could not be obtained if the people were not connected (in simple form it’s the idea that 1 + 1 = 3). So in a people-centric business the increased interconnection of employees, suppliers, partners, and customers produces a result greater than what could happen if the network didn’t exist, or in other words increases value to the business. The social business, which has people as its platform, performs at a higher level because of network synergy. The more interconnected the business becomes the greater the return from network synergy.

AI Technology is Changing Outbound Calling for Better or Worse