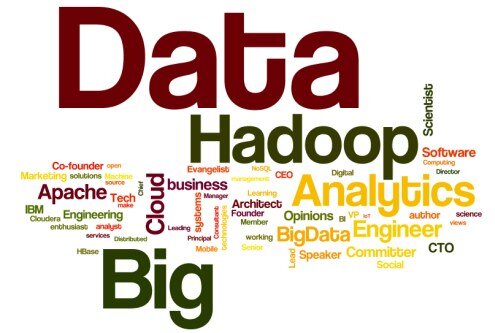 The explosion of the World Wide Web into our lives was like being given a gigantic toy chest with anything you would ever want to play with in there. As the Web grew from hundreds of pages, which could be manually indexed and queried, to millions of pages, with thousands being added every day, the challenge was to figure out how to find something specific when you wanted it. Search engines like Yahoo and Google were the first to realize that in order to make the Web into something usable and manageable, an automated process would have to be developed to deal with the big data – to store it and to make sense of it, categorize it, and retrieve it on command. The need for better, automated search engines was born.

This need was a driving force in the development of Hadoop, an open-source framework that enables storage of enormous amounts of data as well as running associated applications using a distributed network of associated computers to accomplish Big Data tasks. The framework was originally part of a larger project put together by Mike Cafarella, a database management expert, and Doug Cutting, a proponent of open-source technology. Together they created a web-crawler and analytics system, called Nutch, which used cluster computing – distributing data and processing across a number of connected machines – to permit the execution of multiple tasks simultaneously.

This was exactly what the Web – particularly its search engines – was looking for. In fact, this development paralleled efforts at Google to use automation and distributed computing to accomplish better, faster, and more efficient processing of big data. In 2006, Cutting joined Yahoo, taking with him the Nutch system. Eventually, Nutch became two systems: the web-crawler portion, which drove Yahoo’s search functions, and the distributed processing portion which became Hadoop. (Hadoop, as a matter of interest, was the name of a yellow stuffed elephant that belonged to Cutting’s son.) Yahoo released Hadoop into the open-source community, where it is now maintained by the Apache Software Foundation, along with a set of associated technologies.

Hadoop is made up of four core technologies:

Hadoop also integrates with a number of other processing and support applications in areas specifically geared towards supporting large data sets. Some of those supporting areas and applications include the following:

Big Data and Hadoop We know from earlier discussions that Big Data is the commercial power of the internet. All the data being generated through e-commerce, social media, and user activities is virtually useless commercially without a set of applications to make sense of it all. Despite some real or perceived drawbacks, Hadoop is one of the recognized leaders in core technologies that are aimed at managing Big Data. Its distributed architecture is ideal for gathering and managing information from the internet. However, as of July, 2015, it was only in third place as a choice for enterprise Big Data Management, after Enterprise Data Warehousing and Cloud Computing. Hadoop is not itself a data management tool; it is the framework which allows collection and storage of massive amounts of data, and provides hooks for data analytics software to plug into it. Because it is part of a technology ecosystem, much of its usefulness depends on the tools and applications that are developed and integrated into the ecosystem. Mike Gualatieri, an analyst at Forrester, describes Hadoop as a “data operating system” – something sorely needed to cope with the amounts of data generated and gathered online. But Gualtieri adds that Hadoop is something more: it is an application platform, one specifically geared to run applications that deal with Big Data. There are many ways of getting data into Hadoop, where other applications and modules are added to the framework to process and analyze the data. You can use simple Java commands, write a shell script using “put” commands, mount a volume that uses HDFS and “put” files there as they are acquired, or you can use Sqoop or Flume, or an SAS (Statistical Analysis System) data loader, all designed specifically for Hadoop. Once the data is there, you can apply any of a number of data-processing solutions, depending on your goals for your data: analytics, queries, delivery, trend identification. Almost anything you would expect to be able to do with your data can be implemented through a Hadoop plug-in or module. Hadoop’s potential is enormous, but it faces certain challenges. Not the least of its challenges is that, in terms of deployment, it is still a new technology. Many businesses who had an ear to the ground and anticipated Hadoop as their framework for gathering, storing, serving, and analyzing Big Data, are finding that there is a dearth of experts out there to help them with integration. This is a problem often encountered by open-source platforms. Where a company has an interest in having organizations adopt their proprietary technologies, they invest in sales people, post-sales support, trainers, and other experts to assist businesses in making the most of their investment. Those experts have access to a core group of developers to help them develop their expertise. When a technology is open-source, though a variety of companies develop applications for it, the experts need to develop their expertise by gathering information from a variety of disparate sources. Many individual companies spawn many individual solutions. Developer companies do have experts at implementing their own add-ons, modules and distributions. But who can help a business that is new to Big Data management deciding between systems? While it may be in the interests of developer companies to evangelize the core technology, there is no single source from which to derive knowledge and expertise. This can be intimidating theoretically, but practically speaking, experts are created every day as Hadoop gains momentum in the business community. In other words, this is a short-term issue that is solved in the normal course of the maturing of the technology. Other challenges that face Hadoop include the fact that its MapReduce technology is not especially good at interactive analytics. MapReduce is not particularly efficient as a standalone technology – though it provides robust services in situ. It works primarily by splitting big data sets into many smaller ones, and in many situations this can cause a degradation in performance. However, as we saw above, there are alternatives being built to MapReduce, such as Spark, and one would expect in the future to see more alternatives that build on or substitute for that module in the Hadoop core set in those situations where MapReduce is not the most ideal technology. Big Data inherently comes along with security issues, due to the size of the data sets and the number of sources from which data is siphoned. The problem is not exclusive to Hadoop, although the distributed computing model does open it up to its own set of security challenges. But again, software development, like Kerberos authentication mentioned above, is starting to address this issue. Although it is always possible to call out the flaws in a new technology, frameworks are frameworks because they provide a broad opportunity for developers to fill in the gaps. As organizations install Hadoop and find the add-ins and modules that help them accomplish what they want, developers will respond by creating tools targeted to these pain points. If you are considering Hadoop, it’s good to be aware of its current limitations, but it’s also important to recognize that development work continues, and implementation is rapidly creating experts in the technology. Core Business Functions That Can Benefit from Hadoop When trying to describe frameworks, the technology can seem somewhat fuzzy, because a framework like Hadoop is meant to work most effectively when integrated with modules that perform specific functions. It is helpful to look at some real-world use cases where Hadoop supports some common core business processes.

The future of Big Data management offers many possibilities, and the most likely scenario is for options to grow and mature. An open-source framework like Hadoop offers endless possibilities for development, and with a strong management group like Apache Systems behind it, one can expect increasing numbers of modules and technologies to integrate with Hadoop to enable your business to achieve its Big Data goals – and maybe even go significantly beyond what you can envision today.