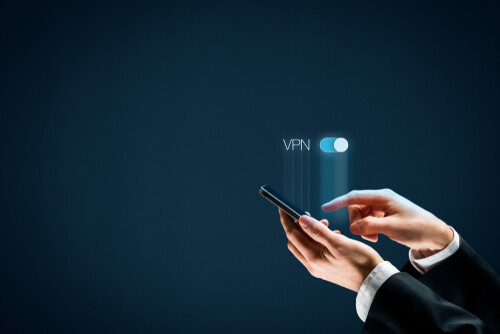 Machine learning is having a substantial impact on the future of security. One of the biggest examples is with modern VPNs. Taylor Francis Online recently published a report titled ?Comparison of machine-learning algorithms for classification of VPN network traffic flow using time-related features.? This report shows that VPNs use a number of machine learning technology, including:

This can set a new standard in cybersecurity. Machine learning will make even more progress as it advances.

Understanding the Role of Machine Learning in VPN Security

The Internet is playing a more important role in our lives every day. However, the internet is still a digital jungle where hackers steal sensitive information from innocent users. Unfortunately, machine learning and AI advances are a double-edged sword. Wired points out that AI is helping guard against cyberattacks. On the other hand, CSO Online points out that hackers are using machine learning themselves. The trend is common with people who use public networks that aren’t secure. Between honey pot attacks, Wi-Fi spoofing, and Firesheep, public networks aren’t safe. But what happens if you’re working remotely and would want to access sensitive data from your servers at a coffee shop? Accessing company data from an unsecured public network may put your data, job, and business at risk. Don’t do it. If you have to, protect your data with VPN service. These tools use machine learning to protect users against a host of online threats. These machine learning algorithms have made VPNs much more effective, which is one of the reasons the market is expected to grow to $54 billion by 2024. A VPN offers privacy and security as you share files and communicate over the internet. But why do you need protection? The internet is inherently insecure. When it was designed, the priority was to send chunks of data reliably. Its methods of communicating designs were to avoid failure, rather than securing data. Almost all common applications like Facebook, web messaging and emails are built on top of this internet protocol (method of communicating) core. Due to some improvements and cybersecurity advances driven by machine learning, some internet apps are secure. However, many still send sensitive information without any privacy or security protection. With this, you’re vulnerable to hackers and criminals who may steal your credit card or bank information. The government may listen to your conversations and monitor what you’re doing online. Don’t let this happen, use a VPN equiipped with sophisticated machine learning algorithms to stop the menace. It works by creating a private tunnel over the open connections. It encapsulates and encrypts everything you send on this network. So, if anyone intercepts your data packets, they can’t decipher its contents.

How Does a VPN Work?

Let’s start with a simple idea of how internet communication works. For instance, let’s assume you’re accessing a specific website. For this to happen, your computer initiates the request by sending some data packets to the site. If you’re in your office, the data travels through switches and routers before being transmitted to a public network through a router. Once the packets are on the public internet, they’ll travel through a bunch of computers. A request is made to translate the site name to an IP address. The information is then sent to your browser which relays the request again through a public network. Eventually, the data packets reach your target site, grabs a webpage and sends all the data to you. Each internet request you make translates to a whole series of communication events through multiple points. At this point, the VPN encrypts the packets from the originating location to protect your data. Other than this, it conceals your IP address making it impossible for anyone to trace you. But, there’s a catch. How does the recipient decrypt the data? Well, your VPN sends the packets to a server near the destination point effectively decoding the information. This is one of the areas that machine learning is playing the biggest role. Almost every hotel is now offering free Wi-Fi services. Since you don’t have any control over the site, you won’t know anyone who’ll be accessing this network. As such, you can’t tell who’s snooping on you or not. Save yourself the hassle and use a VPN service.

Machine Learning Makes VPNs More Secure than Ever in 2019

Machine learning has set a new standard in cybersecurity. VPN providers rely on machine learning to provide the highest level of protection to their customers.