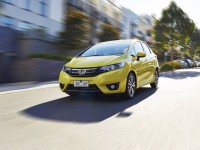 With the announcement of the new IBM Bluemix Foundation for IoT platform being made available for a beta test, IBM makes it easy for developers to begin using it’s innovative BlueMix platform. The announcement is geared towards getting more users signed up for IBM’s new IoT service. At the end of June, it was reported that BlueMix’s innovation platform in the cloud went live. Months before, IBM acquired BlueMix in a deal that was touted at its annual Pulse convention.

In a recent announcement by Big Blue, IBM has decided to entice developers and grow its IoT business segment by offering a free beta test drive to those who wish to sign up for IBM’s IoT Foundation service. IBM says that those who decide to beta test the new platform would get access to do the following:

John Thompson, the VP at IBM for IoT, candidly talked about this new platform saying, “Think of the IoT Foundation as an extremely fast on ramp to the cloud for the millions of intelligent IoT devices that are now being shipped, and the billions already Internet connected. While many vendors are talking about IoT, we’ve led thousands of engagements and are one of the first to enable business to rapidly gain access to the big data that billions of sensors, chips, controllers and RFID tags generate. Combined with our proven cloud, analytics, mobile and security capabilities, IBM provides one of the most comprehensive IoT solutions for clients to derive new business insights and competitive advantage.”