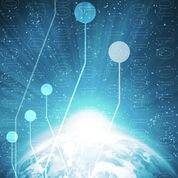 Do you have an Hewlett-Packard printer, maybe a few HP laptops and PCs spread around the home or office? If so, you may exist in HP’s records as a “Sweet Spot Customer.” And you can expect some special attention.

Do you have an Hewlett-Packard printer, maybe a few HP laptops and PCs spread around the home or office? If so, you may exist in HP’s records as a “Sweet Spot Customer.” And you can expect some special attention.

I recently talked with Prasanna Dhore, HP’s VP of Customer Intelligence. He discussed the company’s efforts to distill insights about customers, and to build strategies, from the company’s 1.8 petabytes (and growing) of stored customer data.

One of the insights was that the top 6% of HP’s customers generate 14 times more revenue than the average customer. The challenge, naturally, is to turn run-of-the-mill customers into Sweet Spots. “If we move 1% of the non Sweet Spots, it can produce a quarter billion dollars per year in incremental revenue,” he said. (I quibbled with that, arguing that the most promising candidates are probably near Sweet Spot range, and might already spend a lot of HP gear. But he said his division has done the numbers, built “likelihood models, calculating the probability that each of its customers can be moved–and what it will take for that to happen.)

Dhore’s team has plenty of data to work from. The company has 2 billion customer interactions per year. They include everything from traditional structured data, such as time-stamped orders, to gleanings from blogs, tech-support chat rooms, online bulletin boards, and data collection from 150 million visits a month to HP Web sites. “About 90 percent of our data is unstructured,” Dhore said. “Only 10% of it may be useful, but you don’t know which 10%.”

Corralling HP’s data has been a huge job. Five years ago, following a string of acquisitions, HP had 750 different databases. Getting a grip on HP’s operations, he said, was like the five blind men trying to figure out an elephant. Each database told a different story, and it was impossible to run analysis across them. The goal has been to unite those 750 into one. HP is drawing close to that target, Dhore said. This consolidation has reduced IT spending by $1 billion a year–and created opportunities for far more data analysis. “We got a better view of the customer base. We could look the divisions and see which customers bought PCs, servers and printers, and which ones bought from all three units.” Suddenly, the Sweet Spot customers popped into focus.

1) Sentiment about a product or service
2) Which customers are most likely to influence others
3) What their intentions are
4) What suggestions they offer, perhaps unwittingly, for improvements

One challenge is to turn the nuanced and often confusing input from words and behavioral data into a scheme that can be measured. “If we see that someone is unhappy with the paper tray,” Dhore said, “we create a measurement of -1 to +1 for satisfaction.” Then his team analyzes different variables of the unhappy contingent. Are more of them senior citizens? Is there a geographical component?

This type of analysis is still in its infancy. “There’s always a gap between what you want to know about the customer and what is knowable,” Dhore said. “You may have bought a product from the competition, and we don’t get that data. We will never have a complete picture.”

But they try. “We keep on adding data, data, data, data. it’s like stuffing stuff into a luggage box,” he said. “You buy a bigger closet and you stuff more data into it. How long can you do this?”