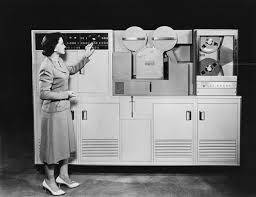 In the spring of 2009, the White House launched the website Data.gov with the goal of increasing public access to the data that various government agencies create and collect through their regular operations.

In the spring of 2009, the White House launched the website Data.gov with the goal of increasing public access to the data that various government agencies create and collect through their regular operations.

The federal government further hoped that with the release of so much data, the resources of the private sector would take hold and create the kinds of applications that would not be possible with government resources and restrictions.

Download a FREE eBook about Big Data and Government here.

The idea was that the release of all of this data would lead to the kind of explosion of growth that characterize other open-source initiatives. The short term applications of that data have been useful, but the kinds of real-world implementations that will justify the open data initiative will take more time to develop. Today, publicly available data can help organizations plan things like wind farm installations and agricultural conditions. It will likely be much longer before public data reveals the effectiveness of something like emerging education policies in an urban school district compared to a suburban one.

Still, these are problems that are being addressed by private citizens using publicly available data. It can’t be left to the citizens to be the only agents of change in the data revolution. Opening data to the masses is an excellent step. Now it will be up to individual governments to catch up. This won’t be an easy task. Costs are significant, particularly in light of the the dwindling revenues that many states and municipalities are facing. Meanwhile, data science is only budding as an academic and professional pursuit while the need for talented individuals has made data scientists hard to come by and difficult to afford.

Larger governments are beginning to implement data solutions in intelligence and law enforcement, but only a few of the largest cities have more than scratched the surface of available data and new solutions. In the future there will be volumes of collected data on traffic flows, utilities usage, public transportation patterns, and even foot traffic movement.  As health records continue to be digitized, there will be scales of medical data that dwarf even the largest medical trials. Analyzed as single sources, these data flows can help governments of any size make great improvements in cost, efficiency, service levels, and even end-user experience.

The benefits really begin to scale when data is viewed from across multiple sources. What relationships exist between seemingly disparate data like changes in the value of properties and availability and ridership of public transportation services?

Uncovering these high dimensionality relationships could help municipalities put a value on the benefits of public transportation, help scale mobile health services, or directing health and human services resources to the neighborhoods most in need. Future advances in data analytics could turn digitized healthcare data into untold benefits to public health. In October, McKinsey estimated  the potential value of unlocking public data at $3-5 trillion. What individual governments choose to do with that data, internally or through public/private and open data partnerships, will have great impact on the success of those governments going forward.

Download a FREE eBook about Big Data and Government here.