In the August, 2005 issue of BusinessWeek, Michael Hopkins explored the best seller Freakonomics and it’s authors’ strategy for using data to explore and explain the world. They wrote: “Morality…represents the way that people would like the world to work–whereas economics represents how it actually does work.”

In the August, 2005 issue of BusinessWeek, Michael Hopkins explored the best seller Freakonomics and it’s authors’ strategy for using data to explore and explain the world. They wrote: “Morality…represents the way that people would like the world to work–whereas economics represents how it actually does work.”

I find this is true in Lean Six Sigma as well. It’s amazing how many company managers want to use data to prove their pet theory or justify their actions. Only after a long struggle do they begin to learn how to use data as a guide to clear thinking and action. I’ve always liked the quote: “He/She uses statistics like a drunk uses a light post, for support not illumination.” In Lean Six Sigma this holds true far too often.

The most common pet theory: I need more staff.
Reality: You don’t need more people, you just need to reduce the defects, delay, and rework that’s consuming 25-40% of you staff’s time.

The Data Strategy
In Hopkins article, he identifies the key strategies used by Steven Levitt and his coauthor, Steven Lubner. They are:

1. Use your data
Companies generate lots of data about orders, sales, purchases, payments, and so on. The bigger the company, the more data they have and the less likely they are to use it. Figure out what data is useful and use it. Figure out what data isn’t useful and stop collecting it.
2. Ask quirky questions
If you’re focused on why things go wrong, ask: “What are we doing right? Who is already doing this right?” If you focus on why things are going right, focus on what’s wrong and start with the “worst first.”
In Freakonomics, Levit stopped asking why crime rates have fallen since 1990. He started asking what kind of individuals are most likely to commit crimes and then asked “Why are they disappearing from the population?” His answer to that question is startling, but instructive of his method: “Let the data lead you.”
3. Don’t mistake correlation for causality
America spends 2.5 times more on health care than any other country. Yet Americans aren’t more healthy than other countries. Affluent women have a higher incidence of breast cancer than poor women. Does wealth cause breast cancer? Does health care cause illness?
4. Question Conventional Wisdom
You can’t get new insights from old ways of thinking.
5. Respect the Complexity of Incentives
Humans will always find ways to beat the system. Rely on it.

The moral of the story: “Make data your friend,” says Hopkins. I’d say let it be your guide.

I also like Levitt’s thought that “You don’t need to know a lot of math. I’m horrible at math.” That’s why I created the QI Macros SPC software for Excel. The macros do all of the scary math; you just need to know how to interpret the resulting graphs.

Most Common Mistakes
Mistake #1: Starting with a team of people to gather the data, rather than letting the data tell you who should be on the team.

Mistake #2: Measuring activity, not results. Companies count the number of Six Sigma Black Belts trained, the number of teams started, but fail to measure the results achieved by these teams.

Mistake #3: Trying to use data to prove your hunch or pet theory, rather than letting the data lead you to the true answer.

Here’s my point:
Use data for illumination, not support. Let it be your guide. The answers will surprise you and accelerate your journey to Lean Six Sigma.

To accelerate patient throughput, you have to be able to measure and improve the key steps in length of stay (LOS). To simplify and automate much of this data collection and analysis, I’m working on a series of time tracking tools in Microsoft Excel. And I’ve integrated them with the QI Macros control chart templates to give you automatic graphs of LOS performance. 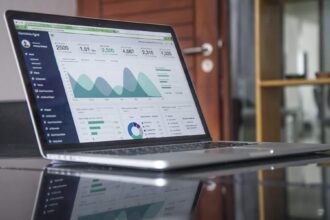 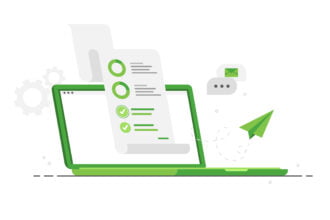 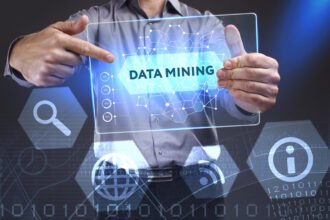