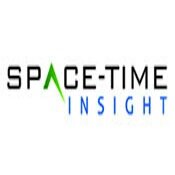 Technological innovation can be a huge advantage to early adopters or a massive disruption to organizations that do not see it coming.

Technological innovation can be a huge advantage to early adopters or a massive disruption to organizations that do not see it coming.

For the Department of Defense, disruptive technology is literally a matter of life and death, so they try to predict the high impact innovations of the future using a method called “Technological Horizon Scanning.” The premise behind the technique is that the greater the distance between two fields, the greater the impact would be if they were to come together.

Think of historical examples such as internal combustion and transportation, electricity and illumination, or, more recently, distributed computing and gene sequencing. Traditionally, the Department of Defense had relied on statistical clustering to identify candidates then mathematically analyzing the different permutations of their combination.  This brute force technique would often take so long that once the data crunching and analysis was complete, the technology the Pentagon was exploring was no longer cutting edge.

The Department of Defense turned to Recorded Future to make exploring technological horizons faster, more accurate, and verifiable, leading to a recent case study published on the Recorded Future blog. Recorded Future is a temporal analytics engine that pulls from over 150,000 sources daily and indexes results for analysis by event, entity, and time. It also includes events set to occur in the future and, by indexing those projections, harnesses the predictive power of the Web. Recorded Future also provides visualization tools to help detect trends.

Recorded Future improved the Department of Defense’s Technological Horizon Scanning in several ways. The service was able to work with more data than analysts could handle on their own in multiple languages and from a variety of media,  allowing them to keep up with the fringes of a various technical and scientific disciplines. Recorded Future then added structure to that Big Data with temporal context. It did so without losing complexity, as analysts could dig into individual data points to find additional information and sources. This allowed them to separate outliers from legitimate hints at technological shift. Rather than having to create and consider possible technological permutations, Recorded Future allowed the Department of Defense  to compare and monitor real-world predictions to quickly narrow the scope of its verification. As a result, the Pentagon was able to shorten the process of creating data-driven technological predictions from months to weeks. Those predictions also became more accurate, as Recorded Future allowed them to track which predictions came true to perfect their methodology.

Just as the Department of Defense uses Recorded Future to monitor and forecast protests and unrest, the temporal analytics engine has helped predict disruption in another field, technology. With Recorded Future, analysts can to anticipate, identify, and prepare for technological advancement that is till beyond the horizon, thereby helping the Department of Defense plan, research, and strategize about the future.