What the Ebola Crisis Has Taught Us About Big Data

Suppose you received an email from a self-proclaimed forecasting savant, advising you of a big upset in the upcoming mayoral election…and it turns out to be correct.

You then get an email picking the underdog in the next championship boxing match…which is right again.

Over the course of a few weeks you receive four more such emails, predicting outcomes that turn out to be true.

Suppose you received an email from a self-proclaimed forecasting savant, advising you of a big upset in the upcoming mayoral election…and it turns out to be correct.

You then get an email picking the underdog in the next championship boxing match…which is right again.

Over the course of a few weeks you receive four more such emails, predicting outcomes that turn out to be true. 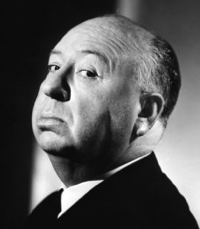 After six correct picks in a row, this savant has established his ability, wouldn’t you think? And he certainly deserves a cut of earnings on the wagers you’ve started placing on these forecasts, as well as a healthy gratuity for the forthcoming 7th prediction, a stock pick which is promised to make you rich.

But has the savant established his skills as a forecaster, and does he deserve a big advance for his 7th prediction? Does it make sense to take a large position in the recommended stock?

What Would Alfred Hitchcock Do?

The above scenario (substituting mail for email) plays out in Season 3, Episode 2 of the 1950’s television show, “Alfred Hitchcock Presents.” Entitled “Mail Order Prophet,” E.G. Marshall is the gullible (but so far money winning) recipient of the prophet’s prophecies, while Jack Klugman is the skeptical office mate.

Klugman warns Marshall early on, “Don’t be an idiot! Nobody can predict the future — it’s impossible.” But after failing to act on the first two letters, Marshall is ahead over $1000 placing wagers on the last four, winning them all. He seeks out Klugman’s advice on the latest letter, in which the supposed savant requests remuneration for his correct predictions, and promises his next tip is for a stock that will grow 10-fold.

After commenting on Marshall’s natty new suit (“Seersucker no doubt? For every seer there’s gotta be a sucker”) Klugman continues his rant against forecasting, “Predicting the future is a scientific impossibility!” and warns that this is some kind of scam. Yet Marshall remains convinced of his savant’s infallible prescience, and “borrows” $15,000 of company funds to buy $30,000 worth of Athabasca Mines on margin.

How You Can Become a Forecasting Savant

Have you figured it out (or seen this scam before)? It goes like this:

1) Send out thousands of emails projecting one outcome to half the recipients, the opposite outcome to the other half. (E.g., incumbent wins or challenger wins.)

2) To the half who received the correct prediction, send another email, again projecting one outcome to half the recipients, and the opposite outcome to the other half.

3) Repeat…each time you’ll shrink your pool of “suckers” in half, but they’ll be all the more convinced of your future-seeing powers by being correct every time.

4) Monetize the process, requesting a gratuity for all the correct predictions you’ve made so far, with the offer of an additional forecast that will make them huge money.

5) Pocket your gratuities and flee.

While I’m sympathetic to Klugman’s critique (“Any intelligent man knows you can’t predict the future”), it needs to be tempered just a bit. As forecasters we cannot expect to predict the future with 100% accuracy. But we can still deliver value to our organizations by assessing the uncertainty of the future, and providing guidance that can lead to improved decision making.