Big Data: A Hidden Blessing or Increased Vulnerability for the Security of IT Systems? 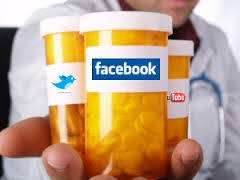 The information that makes up the big data stores of most modern businesses – in all sectors – arguably constitutes their most valuable asset. Few industries exemplify this as thoroughly and prominently as the health care field.

The information that makes up the big data stores of most modern businesses – in all sectors – arguably constitutes their most valuable asset. Few industries exemplify this as thoroughly and prominently as the health care field. With the advent of electronic health records systems and all related tools, the ability to readily access data regarding patient histories and countless other valuable pieces of information has virtually transformed the industry.

Recent advances have made big data and business intelligence even more advantageous to health care organizations in all aspects of the field. Issues such as patient privacy, making better diagnoses and planning for proactive – rather than reactive – care can all be properly addressed with these solutions. It’ll be in the best interest of hospital systems, private medical practices, medical testing labs and other organizations to learn about these benefits sooner rather than later.

Wide range of health-related big data initiatives
According to Forbes, health care providers are making excellent use of big data platforms in a variety of different ways. As one example, Epocrates and athenahealth, Epocrates’ parent company, released an app called Epocrates Bugs + Drugs, which offers clinicians a plethora of information about the many forms of disease-facilitating bacteria and their reactions and resistance to treatment. Another health care organization, Benovate, uses a program with predictive techniques – similar to those used in predictive analytics – to anticipate the overall health status of a particular patient and recommend pertinent courses of treatment.

On a more general level, big data and BI can allow valuable metrics to be easily examined and analyzed throughout all levels of an organization’s staff, from the executives to the front-line admitting personnel. These measurements include financial data, patient satisfaction rates, physician referrals and much more.

Data used to debunk poor medical science
A separate report in Forbes highlighted a notable instance in which big data and its attendant tools were put to good use in the medical arena. According to the news source, the Council on Foreign Relations used big data to debunk the widely disbelieved – but passionately defended among its adherents – claim that childhood vaccinations can be a cause of autism spectrum disorders in children.

The chart highlighted the number of disease outbreaks since 2006 that were proven to be potentially preventable – but occurred as a result of low or nonexistent vaccination rates. Examples such as this prove beyond a doubt the scope of the advantages that big data can deliver to health care professionals.

(Ed. note: An earlier version of this article mistakenly attributed the creation of Epocrates Bugs + Drugs to Aetna alone.)