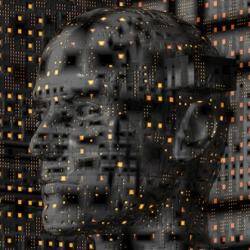 In his 1938 collection of essays, World Brain, H. G. Wells explained that “it is not the amount of knowledge that makes a brain.  It is not even the distribution of knowledge.  It is the interconnectedness.”

In his 1938 collection of essays, World Brain, H. G. Wells explained that “it is not the amount of knowledge that makes a brain.  It is not even the distribution of knowledge.  It is the interconnectedness.”

This brought to my brain the traditional notion of data warehousing as the increasing accumulation of data, distributing information across the organization, and providing the knowledge necessary for business intelligence.

Looking at how our human brains work in his book Where Good Ideas Come From, Steven Johnson explained that “neurons share information by passing chemicals across the synaptic gap that connects them, but they also communicate via a more indirect channel: they synchronize their firing rates, what neuroscientists call phase-locking.  There is a kind of beautiful synchrony to phase-locking—millions of neurons pulsing in perfect rhythm.”

The phase-locking of neurons pulsing in perfect rhythm is an apt metaphor for the business intelligence provided by the structured data in a well-implemented enterprise data warehouse.

“But the brain,” Johnson continued, “also seems to require the opposite: regular periods of electrical chaos, where neurons are completely out of sync with each other.  If you follow the various frequencies of brain-wave activity with an EEG, the effect is not unlike turning the dial on an AM radio: periods of structured, rhythmic patterns, interrupted by static and noise.  The brain’s systems are tuned for noise, but only in controlled bursts.”

Johnson recounted research performed in 2007 by Robert Thatcher, a brain scientist at the University of South Florida.  Thatcher studied the vacillation between the phase-lock (i.e., orderly) and chaos modes in the brains of dozens of children.  On average, the chaos mode lasted for 55 milliseconds, but for some children it approached 60 milliseconds.  Thatcher then compared the brain-wave scans with the children’s IQ scores, and found that every extra millisecond spent in the chaos mode added as much as 20 IQ points, whereas longer spells in the orderly mode deducted IQ points, but not as dramatically.

“Thatcher’s study,” Johnson concluded, “suggests a counterintuitive notion: the more disorganized your brain is, the smarter you are.  It’s counterintuitive in part because we tend to attribute the growing intelligence of the technology world with increasingly precise electromechanical choreography.  Thatcher and other researchers believe that the electric noise of the chaos mode allows the brain to experiment with new links between neurons that would otherwise fail to connect in more orderly settings.  The phase-lock [orderly] mode is where the brain executes an established plan or habit.  The chaos mode is where the brain assimilates new information.”

Perhaps true business intelligence is more disorganized than we have traditionally imagined, and perhaps adding a little disorganization to your Enterprise Brain could make your organization smarter.