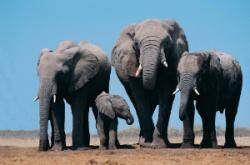 4 Considerations When Choosing a Hadoop Distribution

The “economic focus” column in the July 24th-30th (2010) issue of The Economist is titled “Agents of change.”   As many of us have come to believe over the past couple of years, the “dynamic stochastic general equilibrium” (DSGE) economic models used by central banks and other economists more or less fell apart when it came to predicting or anticipating the credit-fueled meltdown that we are just now beginning to recover from.  The Econom

The “economic focus” column in the July 24th-30th (2010) issue of The Economist is titled “Agents of change.”   As many of us have come to believe over the past couple of years, the “dynamic stochastic general equilibrium” (DSGE) economic models used by central banks and other economists more or less fell apart when it came to predicting or anticipating the credit-fueled meltdown that we are just now beginning to recover from.  The Economist reports on a June workshop sponsored by the National Science Founcation and attended by central bank economists (from the Fed and the Bank of England), policy advisors, and computers scientists who convened to explore the potential of agent-based models of the economy.

Agent-based models have emerged from the intersection of computer science and social science and have been applied to population dynamics, epidemiology, species extinction, wealth creation, the formation of communication networks, and a host of other problems not well served by traditional economic models.  In contrast to the DSGE approach, which represents the economy as a series of equations to be solved using highly aggregated data as inputs, agent-based models of economic systems are “bottom up”–they generate complex behavior by creating  populations of autonomous agents, giving them simple behavioral rules, and then simulating (over thousands of iterations in many cases) the interactions of these agents.  Under some starting conditions, an agent-based simulation may produce results similar to a DSGE model.  For example, Joshua Epstein and Robert Axtell (one of the NSF workshop organizers) found that agents operating under rules that permitted bargaining for the exchange of two commodities arrived at prices that fluctuated around a sort-of equilibrium point.  By the way, their book, Growing Artificial Societies:  Social Science from the Bottom Up (1996), is one of the best introductions to agent-based modeling.

In some ways, agent-based models of the ecomony are generating new interdisciplinary thinking.  In an Op-Ed piece in the New York Times in October of 2008, Mark Buchanan (a theoretical physicist)  titled “The Economy Does Not Compute,” we learn about an agent-based model developed by Yale economist John Geanakoplos and two physicists, Doyne Farmer (another of the NSF workshop organizers) and Stephan Turner designed to explore the influence of the level of credit or leverage in a market on the market’s overall stability.   A typical objective for an agent-based model is to develop an understanding of the sensitivity of a complex system to changes in one or more of the model variables, and these researchers found that greater levels of credit leads to greater interdependence among the actors (or agents) and this pushes the market toward instability.  The DSGE models are not very good at capturing this kind of process.  And this model revealed something even more striking, but perhaps not surprising to those who have used agent-based models to capture the non-linear nature of complext adaptive systems.  What Geanakopolos, Farmer and Turner found is that the leverage-induced market instability does not develop gradually but arrives suddenly–with the economy essentially falling off a cliff.

Buchanan goes on to cite two other applications of agent-based modeling.  One involved testing the impact of small transaction taxes in foreign exchange markets, and the second looked at deregulation in a state’s electricity market.  In both cases, the simulations provided insight that challenged the prevailing ideology-based assumptions, and could lead to better policy outcomes.

I’m not sure how readily mainstream economists or central bankers will embrace the agent-based way of thinking, but it’s pretty clear that at a minimum, agent-based approaches to understanding complex systems like the economy can only add to our ability to make better policy decisions.