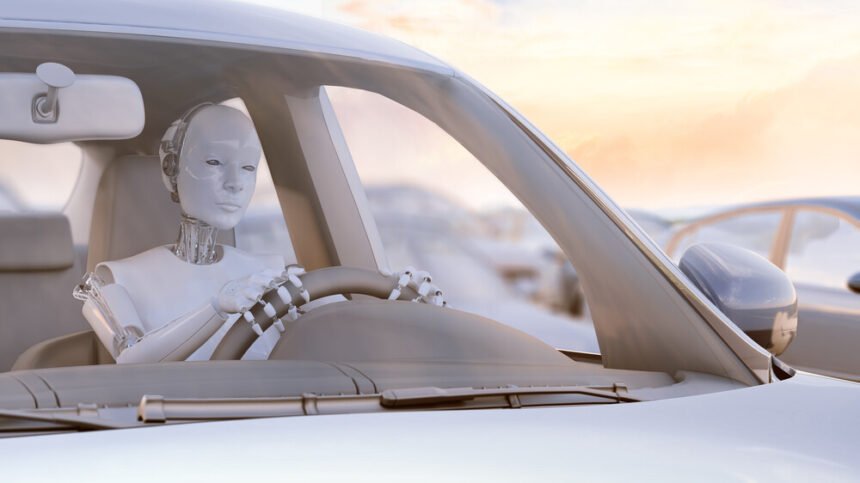 What is true artificial intelligence? Whatever it is, pundits and insiders are quick to make light of the fact that what we have right now is not it.

“To get to the point where we have true artificial general intelligence, we’re very far away. We’re not even close to it, and researchers in the AI space know that,” says Intel’s Raveen Nao.

Why are we so far away? In a nutshell, building a true artificial general intelligence is very hard because of one fundamental fact: intelligence is more than pattern recognition and reaction. If there’s a single image that represents intelligence, it’s Michelangelo’s Sistine Chapel.

The Paradox of Intelligence

The level of both logic and mystery, as well as abstraction and actualization, sets the The Creation of Adam in both the divine and profane realms at once. Intelligence is the space between Adam’s finger and God’s. Ask an AI, “How do you make negative space mean something?” and the computer is sure to spout nonsense — at least, it won’t produce an answer equivalent to The Creation of Adam. Go ahead, ask Siri.

Autonomous driverless cars are the most important and fundamental piece of the true AI puzzle moving forward; the following will tell you why.

Besides being important to AI, driverless cars are incredibly important to the future of driving and transportation:

These are just a few of the potential benefits of driverless cars. There are other related benefits — such as improving the IoT and freeing up space in cities — that have huge implications for how we build and run our cities and infrastructure.

The Problem for AI

There’s one major problem. This problem is not just representative of the quest for true AI — it’s the crux of the quest.

Should driverless AI be programmed to always follow traffic laws? How does a driverless car decide what to do when there’s a choice between saving the person in the vehicle or saving a person outside of the vehicle?

Here’s a scenario: A driverless car is carrying one passenger across a bridge hundreds of feet above deep water.

Suddenly, a driver in the oncoming lane falls asleep and his car swerves into the wrong lane, barreling straight toward the driverless car at high speed. It’s late at night, the passenger in the driverless car is also asleep. If the computer were to wake up the passenger and warn her, giving her the option to take over and make a decision, it would be too late and a head-on collision would occur.

What should the AI do? If it swerves into the wrong lane, it’s breaking the law, and the other driver will probably die because their momentum is going to send them into the railing. If it continues onward, it kills both people. If it steers off the road toward the railing, a collision could still occur, and it could drive straight through the railing and kill the passenger.

In this scenario, logic and algorithmic protocols do not seem to apply. To program an AI to break the law goes against the other programming, which is law-based. If you code a law-breaking algorithm and set it loose with law-abiding algorithms, there’s the distinct possibility the algorithms will interact in unforeseen, unwanted ways.

Even further: imagine there’s a human in the driver’s seat, uncertain what to do as the oncoming car approaches. The human instinctively slams on the brakes. The oncoming driver suddenly wakes up and has time to get back in the right lane because the other driver’s uncertainty provided time to make the correction.

You can’t program AI to be uncertain because algorithms are if-this-then-that; it seems illogical to slam on the brakes with a car coming at you, so in this instance a human’s unique, uncertain brain is at an advantage.

AI cars are by nature connected cars — they’re part of the IoT, which may be the most important development in the 21st century. Estimates are there will be around 50-70 billion IoT devices operating by 2020.

Here’s the thing: if driverless cars could communicate with every other car on the road, if all cars had AI (even if they weren’t driverless), it seems like there would be no problem. One car could tell another to override a sleeping driver and stop.

However, the IoT is vulnerable to attacks. Cars could be weaponized en masse. But what if cars possessed true artificial generalized intelligence? A car could have something akin to an immune system. It would know when it’s being attacked, and would initiate defense protocols.

AI Will Win Once It Solves the Paradox

Great art like The Creation of Adam is not about logic — it’s not logical to think a being that defies the laws of physics turned nothing into something and created people who are bound to the laws of physics. Yet the abstract, metaphorical thinking necessary for religion and art created a system of language that allowed humans to thrive, therefore this type of thinking has its own logic.

We may not ever be able to get AI to think this way, but at least we’re learning a lot about ourselves through the effort.