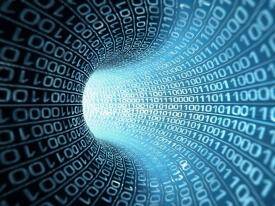 3 Reasons Hadoop is Heading to the Cloud

Scouring Twitter for Watson stuff, I just came across some deep questions for the machine from @larrylugo, such as:

Scouring Twitter for Watson stuff, I just came across some deep questions for the machine from @larrylugo, such as:

larrylugo Larry Lugo
Ok, Watson, a simple question: What is life? #askwatson
Now, Larry was probably kidding or poking holes in Watson’s Q/A mastery. But it reminded me that when I was on Brian Lehrer’s WNYC radio show yesterday, listeners were sending in similar puzzlers for Watson. One of them asked the machine where Osama Bin Laden might be.

Most of you know this, but just to be clear. Watson doesn’t …quot;know…quot; anything. It uses more than 100 different methods to track down possible answers to Jeopardy clues, and then uses sophisticated analytics involving lots of statistics to …quot;score…quot; those candidate answers, calculating whether it has enough confidence in one of them to bet. It certainly does not …quot;understand…quot; in the way we do, and it is no philosopher.

That said, if you gave Watson the following Jeopardy clue (crafted from Wikipedia) — …’This distinguishes objects that have signaling and self-sustaining process from those that do not…’– I’m pretty sure Watson itself would come up with the question …’What is life?’; (One significant piece of evidence: The words come from a Wikipedia page called …’life’)

Now as far as Bin Laden goes, I have no doubt that Watson could answer that question as well (or poorly) as the rest of us. It would see from press reports that Bin Laden is probably somewhere in Pakistan. But I highly doubt that Watson’s trove includes classified intelligence documents, or even those published on Wikileaks. It just reads what the rest of us do–but more of it, and faster.

***
In one other note, Andrew Dunn reviews Final Jeopardy for Bloomberg News. He quotes one paragraph I enjoyed writing. It had to do with the resentment that many in the Artificial Intelligence community felt for Watson.

…’The world would see, and perhaps fall in love with, a machine that only simulated intelligence’.. Baker writes. …’The machine was too dumb, too ignorant, too famous, and too rich. (In that sense, IBM’s computer resembled lots of other television stars.)