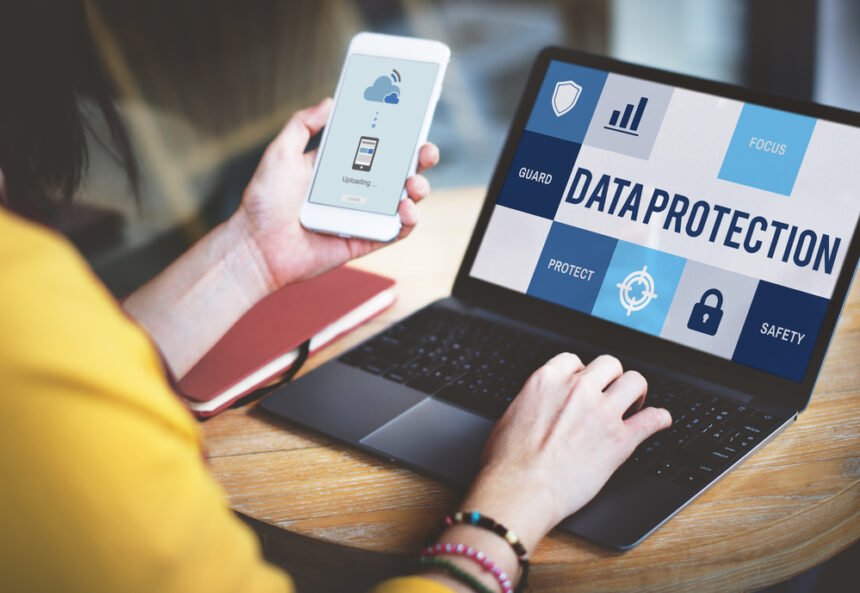 Cybersecurity is a growing concern. In 2018 alone, over 1,200 data breaches were orchestrated and nearly 450 million records were compromised. There will be more pressure to improve cybersecurity as these threats escalate.

We have a problem with data security. We are more than 70 years into the digital age. We have found that data is one of the most important assets a person or company can have, and the threats of destruction and theft are constantly looming. Though cybersecurity is improving with new advances in technology, cyberattacks are still increasing in volume and power every year. They are causing an uptick in the number of successful attacks — which in turn inspires more hackers to turn to cybercrime.

Existing antivirus protection from trusted security firms is enough to keep the average home user safe from typical threats. Many companies are taking steps to protect their data already. However, it might be interesting to consider what data protection of the future could look like — especially if the cybersecurity arms race continues.

The government has always struggled to enforce its laws on the prevention of cybercrime, for a few different reasons. When data security laws were created, cybercrime was relatively new and affected only a small portion of the world population. Many lawmakers are chronically unfamiliar with digital technology, resulting in unclear legislation, and law enforcement groups have been ill-equipped to track down and apprehend cybercriminals. Since the beginning of the internet, an uncountable quantity of cyberattacks have occurred, and only a handful of arrests have been made.

The future will likely bring enhanced government regulation, leading to fewer cybercriminal activities and more cybersecurity for all users. Likely, the drivers of this change will be the increasingly devastating attacks on businesses and government agencies, which in addition to costing several billions of dollars are causing dangerous insecurity and instability that puts the lives and livelihoods of millions of people at risk.

For example, in May 2021, a ransomware attack on the Colonial Pipeline led to a critical loss of fuel for large portions of the population along the East Coast of the United States. Had the government demanded enhanced cybersecurity protections for the pipeline, such an attack might not have been successful.

Government regulation is capable of driving change in cybersecurity by mandating a certain level of protection for high-risk information and activity. Thus, businesses will have little choice but to improve their security, helping raise the minimum level of skill and power required for a successful cyberattack. This change is likely to occur slowly, though individuals could compel more rapid development of cybersecurity regulation with requests to their representatives.

Health records are easily some of the most sensitive data, including the most private details of a person’s life — but health records also tend to be some of the most insecure data, as well. Electronic health records (EHRs) are meant to improve communication amongst healthcare providers, so patients can maintain continuity of care regardless of their providers, insurers and other variables. In the United States, the Affordable Care Act (ACA, or Obamacare) incentivized a more rapid adoption of EHRs, and elsewhere, single-payer state systems benefit from EHRs. Unfortunately, as patient data has moved into digital platforms, healthcare systems have not appropriately upgraded their devices and digital security, resulting in significant vulnerability.

In the future, this particularly sensitive data will be much better protected. Ideally, health systems will be well-funded to equip patient administration with the most up-to-date tools, reducing security gaps through which attackers can navigate. However, governments should also help extend protections for patient data, especially if they maintain universal, state-funded healthcare systems.

A Global Network Built on Security

The internet is not particularly secure — because it was not built with security in mind. The internet we have today was cobbled together by and for a dozen computer science researchers. The original founders of the internet considered the need for security against military intruders, but they didn’t foresee that the internet’s own users would want to exploit the system to attack one another. Thus, significant security gaps were left open from the beginning, and they are proving difficult to close even as cybersecurity has advanced. Now, every internet user needs effective antivirus protection, or they will suffer unending waves of attacks.

The future should bring a replacement to the current internet that has security at its core. Many proponents of blockchain believe that this innovative ledger technology could serve as the basis for a new web, but at present, blockchain has many of the same insecurities as the current internet tech. For complete data protection, computer scientists will need to innovate, and the opportunities for improvement are exciting.

Data is undeniably important, and it is high time we started treating it with the delicacy it deserves. With extra attention from governments, businesses and individual users, data can be properly protected in the near future.