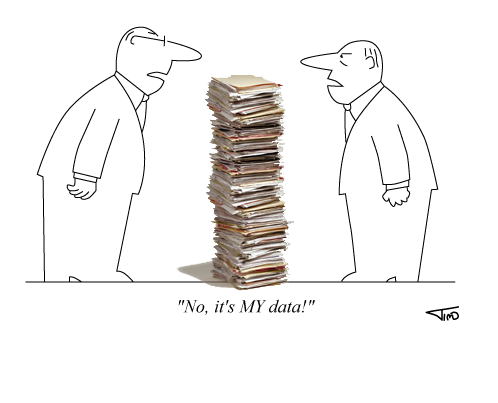 Public APIs once marked the innovative essence of technology companies.

Public APIs once marked the innovative essence of technology companies. From Twitter to ESPN, Netflix to Aetna, leading digital companies in nearly every industry were once utilizing public APIs to better the user experience – relying on third-parties to innovate where the companies themselves had no extra resources.

Recently, though, many of those leading tech companies have officially closed their public APIs, preferring private APIs with strategic partners.

Twitter, once the industry leader in the public API space, announced their public API 2.0 version, which is much more restrictive toward third-party developers, and is causing the shuttering of multiple startups including the popular TwitPic. Essentially, Twitter is attempting to drive more users to adopt the company’s own channels by restricting third-party users like TwitPic, ultimately resulting in better monetization and control for Twitter itself.

This updated API, though, fits better under a descriptive of a private rather than public offering. And the reasoning for this internal shift at Twitter, and across the tech industry as a whole, is paramount: data control.

We’ve seen it occur on Facebook, where click bait articles are getting the boot. We’ve seen it mocked across the web, where satire sites are boosting the bottom lines of their parent companies by their mere existence (looking at you, ClickHole). We’ve even seen it in the B2B marketplace, where brand content is skewing the line between potential clients and mere dedicated readers.

The goal for websites is changing, and companies and platforms across the web are making a quick pivot to address the new benchmark: high engagement and loyalty. This also applies to the public API marketplace, where brands once shared public APIs freely with the intention of gaining page views or brand awareness through a third-party. Today, pageviews and brand awareness simply aren’t enough, nor are these the metrics that modern innovators are measuring against.

Instead, engagement, or customer lifetime value, is taking over as the metric to beat, and private APIs are proving more beneficial for the likes of Twitter, Netflix, ESPN and more.

The Case for Privatized APIs

Private APIs have one very clear advantage: partnership strategy. With a private API, a brand controls who the API is shared with. This is important for multiple reasons, but its main benefit is in controlling user data that can be used to increase user engagement and loyalty.

The data brokerage game is heating up, and no tech company wants to be left behind in the mad rush to own all of its user data, no matter which platform it exists on. This primarily includes first-party data, data companies collect on their users on their own digital properties, and second-party data, data a user gives to another platform but allows a given company to access, with the added benefit of third-party data, data collected and sold at scale without explicit user consent or knowledge, though third-party data is anonymized and ultimately less actionable.

With a public API, a brand can continue to build upon its ethical collection of first- and second-party user data without restriction, and can even gain insight into the third-party company’s user data. The problem here, though, becomes one of scale.

With a public API, any third-party company can utilize your code. For a startup, that might be ideal. Get your name out there, get a few additional page views, and hope that those ultimately turn into loyal users. However a public API has little to no added benefit for bigger tech companies, whereas a private API works much like an embargo: hold your code for a big name partnership that gives depth and an added data silo to the user data you are already collecting.

In other words, we’ve entered the age of private APIs, where companies like Uber can choose to work with the likes of Google Maps over Apple Maps, or integrate with OpenTable rather than Yelp. In doing so, a brand issuing a private API is bolstering both its own net worth and that of its partner, helping the two increase user engagement, as well as delight and surprise users in ways a public API is simply too overshared to do.

It’s a new era in marketing and customer relationship management. Big data is spurring that change, whether you work with clients, with customers themselves or find yourself on the dev team. Data ownership is the new tech lens through which every aspect of the industry should be viewed – and the major players are already ahead of the pack.