It was early in the game, but the San Diego Chargers sensed they needed go for it on fourth and goal in order to keep pace with the P

It was early in the game, but the San Diego Chargers sensed they needed go for it on fourth and goal in order to keep pace with the Patriots’ explosive offense. That was the situation during the first quarter of yesterday’s NFL game in New England. The Chargers failed to score on the play and eventually lost the game. Today, I imagine many Monday morning quarterbacks are second guessing the decision to go for it so early in the game.  However, I know one person who isn’t.  This guy believes it’s statistically more rational to always go for it on fourth down regardless of the situation. His name is Kevin Kelley, head coach of the Little Rock, Arkansas Pulaski Bruins believes.

He believes so much in this stat that his team has only punted the football one time since 2007 and that was to show a gesture of sportsmanship to a team they were pounding, says a Sports Illustrated article.

Data analytics have always been part of football. And coaches, fans, analysts and Vegas use this science to make predictions on who will win, the points spread and for almost every other facet of the game. 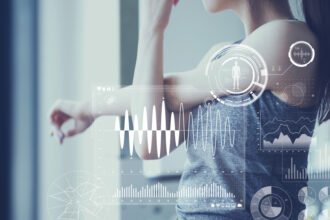 Data Analytics Technology is Positively Disrupting the World of Sports

Fascinating Ways Big Data Is Reshaping The Future of Football

How Big Data is Changing the World of Soccer

Coach Kelley takes the statistics about the weaknesses of high school football and uses them to his advantage. He has developed a system that calls for his players to rarely return the ball on kickoffs and instead use the tricky onside kick more often than not.

Why does he stick to this set of statistics? He has taken the statistical tendencies of high school players to kick short punts and to fumble on returns out of the game-calling equation for his team. And with this move, his team recently had a statistical anomaly of a game – they scored 29 points before the other team ever took possession.

At first blush this seems impossible, but when you look at Coach Kelley’s tendency to use onside kicks, it’s really easy to understand. It’s statistically more likely that you’ll get the ball back (at least in high school) when you use the onside kick.

As Yahoo! Sports reported, the team scored on its first possession after winning the coin toss. Then, instead of kicking off, they regained possession with an onside kick. Touchdown number two resulted.

Next, they attempted another onside kick and scored a third touchdown. On the next kickoff, they gained possession again with a third onside kick – and scored again. The team finally lost the ball to its opponent on the fourth onside kick attempt.

With just over four minutes played, the Bruins had scored 29 points before their opponents took possession. Statistically unlikely, but absolutely possible.

There’s been some discussion around whether Kelley’s data-driven play calling would work in college or the NFL. In the case of the 2010 Atlanta Falcons, going for it on fourth down resulted in 51 points versus not going for it with a predicted score of 21 points.

However, the Falcons coaching crew applied very specific if/when scenarios when they attempted the fourth-down conversion. According to AdvancedNFLStats.com, the Falcons only went for it if they were in the opponent’s territory, had three or less yards to go and more than four minutes to play. To see the science behind what happens without the restrictions, see the breakdown here.

Data Analytics Technology is Positively Disrupting the World of Sports 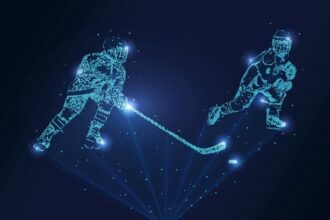 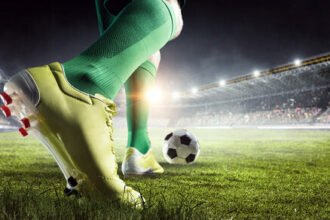 Fascinating Ways Big Data Is Reshaping The Future of Football

How Big Data is Changing the World of Soccer