A Detailed Guide To Industrial IoT: Everything From Risks To Benefits 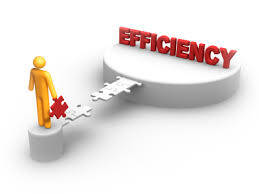 As the world increasingly relies on technology, the need for data storage has exploded. In fact, 90 percent of the data stored today was generated in the past two years.

As the world increasingly relies on technology, the need for data storage has exploded. In fact, 90 percent of the data stored today was generated in the past two years. Cloud computing has become the norm, and corporations and private citizens regularly use virtual machines throughout their day.

What we often don’t consider is how that data collection and storage affects other aspects of our lives. We get excited about having access to huge quantities of on-demand media (think Spotify, or Netflix), but we rarely stop to think about where that information is stored. In the end, even data has to reside in a physical location.

Large corporations multiply such data by millions. When you consider the sheer volume of information that must be stored and relayed at any given time, it really does beg the question: Where does it all go? The answer is a data center, and the companies offering cloud computing and storage house their data in some massive facilities.

That might sound big, but it’s not even close to the largest one out there. Digital Realty, also in Chicago, covers 1.1 million square feet. The sheer sizes of these data centers certainly put into perspective the amount of electricity we use on a daily basis, and the usage is only going to continue growing. After all, as previously stated, 90 percent of the data in these massive centers was created in the past two years. Wearable technology is just starting to take off. The business analytics market is rapidly expanding. It’s impossible to say how much more data we’ll generate in just a few years, let alone a decade. That begs the question – is there a way to make these centers more efficient?

Because Internet traffic is often unpredictable (think viral memes, or breaking news stories), the servers in data centers are kept continuously running, whether or not they’re in use. The result is that (according to a report from McKinsey & Company) the average data center uses just 6 to 12 percent of its electricity for actual computation. The other 90 percent or so is used to keep the servers idle, in case of a traffic spike or sudden crash. In other words, 90 percent of data center energy is wasted on machines that aren’t in use. Whether this number can be reduced will depend largely on advanced in hardware, or more efficient traffic-scaling tactics.

Even if the servers are running full time, the energy supplying these centers can still be reduced, or at least made cleaner. Companies such as Google and Apple have started to devise ways to do just this.

Google Energy, a subsidiary of Google, has purchased entire wind farms, and smaller stakes in others, with the intention of using the energy created for running cleaner data centers. Any extra energy produced can also be sold on the open market, creating competition for traditional power companies, and theoretically keeping down public prices.

Apple meanwhile, recently constructed a solar farm in North Carolina to power their massive data center. The project has worked so well the company is now seeking additional solar power opportunities. The latest plan is to develop another solar farm in Nevada for its Reno data center.

Clever, resourceful design can also provide clean solutions. Google, for instance, converted an old mill in Finland into a data center in 2009. The center has since become one of the most efficient in the world, simply by using readily available seawater. The water provides a cooling system for the servers, which means Google doesn’t have to install 24/7 air-conditioning systems.

Currently, data centers are responsible for approximately 17 percent of technology’s carbon footprint. As wearable technologies and the Internet of Things continue to grow, this will only increase. Companies such as Google and Apple have made strides toward greater sustainability, and other companies will likely follow. However, there’s no telling where our data needs will end, or how fast they’ll grow. Is it possible to keep up?