3 Essential Big Data Security Protocols To Be Aware Of

Put together robots with big data analytics and you have a powerful mix that could challenge us for most of our jobs. Big data analytics allows us to leverage large amounts of structured and unstructured as well as fast-moving data such as real time conversations on text, email and social media, video images, photos, data from location sensors in our phones, etc. Put this ability into a robot and they will not just threaten to replace lower-skilled jobs such as assembly line workers or supermarket personnel but now they have their eyes on doctors, pilots and journalists too! 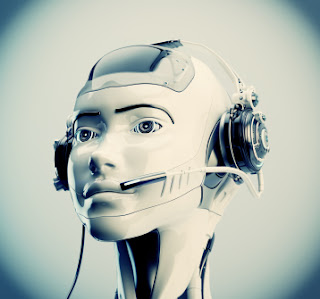 What we are now witnessing is a revolution that will transform our lives forever. The last time we saw something similar was during the industrial revolution when machines delivered massive productivity gains. However, that time it gave people who primarily worked on farms new job opportunities in factories. What seems to be different now is that machines will take our jobs without giving us the same level of new opportunities and jobs (unless I can’t see it).
I was in Silicon Valley advising executives of leading tech companies on big data analytics and enterprise performance. When I was in my car from the airport to the hotel I saw Google’s ‘Self-driving car’ on the freeway. I was exited to see this ‘big-data enabled machine’ on the road and asked the driver to slow down so I could take a photo on my phone. When we then drove on I chatted to the driver about the car and his response was ‘Looks like Google will take my job soon!’ This conversation actually prompted me to write this piece.
We now have ‘intelligent’ robots and machines that leverage our ever-increasing ability to analyze enormous and unstructured datasets (what we call big data analytics) to perform human jobs. Here are just a few very real examples (and there are endless others):
This development is somewhat scary as well as tremendously exciting. What is scary is the thought that a big-data enabled robot could take my job in the not-too-distant future. I am interested to hear your thoughts on this – please share this post in your network and leave a comment to generate a discussion on this important topic.
Also, feel free to follow me on Twitter @bernardmarr.
Tags: robots
0 Shares
Share on Facebook Share on Twitter Share on Pinterest Share on Linkedin
bernardmarr December 9, 2013