Earlier this summer I wrote a post questioning whether most software vendors were ready for the pay-as-you-go usage model that was pitched as an early benefit of cloud computing.


Earlier this summer I wrote a post questioning whether most software vendors were ready for the pay-as-you-go usage model that was pitched as an early benefit of cloud computing. I cited an article from The Register in which the head of infrastructure and management at the Royal Mail newspaper, a Microsoft cloud customer, said he’d like more flexibility in the pricing model. (Other than pricing, he seemed happy with the Business Productivity Online Services and Office 365 cloud products his company is using.)

This customer’s idea of a perfect pricing plan, he told The Register, is one where customers purchase a core subscription, then pay on a per-day or per-week basis for the software actually used. This would allow companies to buy software they want to use only occasionally or for small numbers of users, without paying a premium for it. But software companies, especially those like Microsoft that offer both on-premise and cloud products, are understandably reluctant to give up the hefty licensing fees and ongoing support and maintenance revenues associated with more traditional deployments. 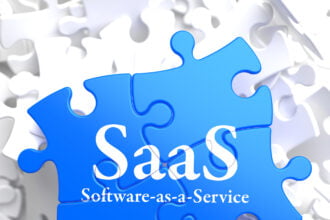 Using Analytics to Maximize Revenue with a SaaS Business Model

RightNow’s standard customer agreement allows customers to scale capacity up or down on an annual basis, without penalty, Gianforte said. RightNow customer Overstock.com employs 400 contact center agents but that number spikes to 1,000-plus during busy times of the year. Rather than paying for 1,000 seats for the entire year, they purchase just what they need. Said Gianforte:

We provide the ability for the people to terminate for convenience on an annual basis but we provide price certainty for six years, so people don’t get nickel and dimed or held over the barrel.

Even if customers are only signing a one-year agreement, Gianforte said they should ask SaaS providers about longer-term pricing. In fact, Gianforte recommends asking SaaS vendors all the same questions you’d ask on-premise vendors.

I think RightNow is on to something. As I wrote a few months ago, it seems like there is a real opportunity for SaaS providers to win business by offering licensing terms less complicated than those of their on-premise competitors.

Although Gianforte isn’t quite as bombastic about it as Salesforce.com CEO Marc Benioff, like Benioff he predicts the cloud will become the de facto delivery model for software. He said:

… The cloud delivery model eliminates 80 percent of the ownership costs and allows systems to go in five times faster. It is such a slippery slope that as viable solutions become available in each software category — whether it’s human capital management or ERP or customer experience or CRM — the on-premise options just become massively disadvantaged and they’re going to atrophy and go away. … 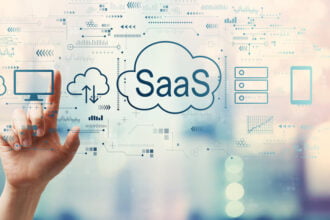 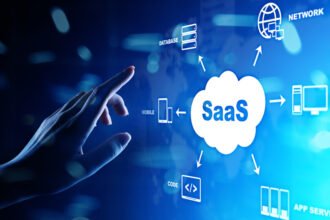 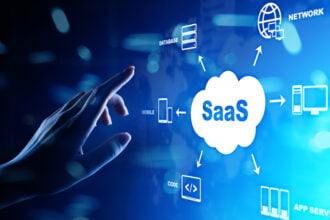 Using Analytics to Maximize Revenue with a SaaS Business Model