The Coming Wave of Innovation from Open Geographic Information 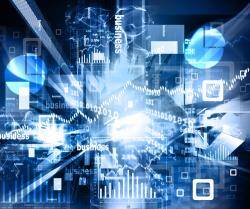 By now, most decision-makers have probably heard some success stories regarding business intelligence (BI) – how one company used it to cut costs, for instance, while another uses it to project the return on investment for new IT projects.

By now, most decision-makers have probably heard some success stories regarding business intelligence (BI) – how one company used it to cut costs, for instance, while another uses it to project the return on investment for new IT projects.

But many organizations are struggling to achieve those same results, largely because of impediments like inaccurate reports and a lack of data visibility.

“One of the biggest pitfalls for a program is disconnect between IT and the business on who controls strategy and initiatives,” Eliot Arnold, co-founder of Massive Data Insight, recently told InfoWorld.

A study from Kovarus revealed some of the struggles IT departments and decision-makers are having include:

Overcoming these problems
Fewer than 40 percent of IT leaders use reports to make important decisions, according to the Kovarus survey, meaning many investments are probably made with very little chance for success. With technology in a constant state of flux, organizations figure to have plenty of new projects in their near future, making this a problem they will definitely want to resolve.

So how exactly can companies do this? Of course, the solutions they invest in can help, but more than anything, implementing the right strategies will be key. Wayne Bennett, chief financial officer of Franklin Communication Health Network, suggested a combination of data warehousing and integration is a good first step.

“Putting the two together – data warehousing and desktop query – allows us to really understand this,” Bennett recently told Healthcare Finance News. “Relationships of data drive the business intelligence, and you can stop working off of anecdotal information and focus on straight facts. Really, data intelligence is an evolution.”

Storing and integrating information effectively lays the foundation for those useful queries that Bennett mentioned. Data accuracy is another vital component, according to InfoWorld.

All of these factors together can equate to better collaboration among different departments, which is essential for companies to achieve all the advantages BI has to offer.