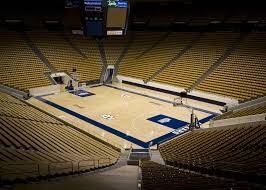 Many of the readers are not in the fashion industry. However, those involved in the Big Data sector should take note of the $2.4 trillion fashion industry; an industry that has experienced an annual growth rate of 5.5 to 7 percent for the past decade. Big Data is touching aspects of the industry ranging from design to resale. Moreover, most everyone in the world connects to fashion on one level or another and to styles that suit their individual expressions.

Among industries such as real estate, construction, and manufacturing, the retail sector has historically been among the slowest to adopt technological advances. It was Amazon that entered the game and started winning in long strides by employing things such as machine learning and artificial intelligence. Even the longest standing brands started paying attention to Amazon’s disruption.

Numerous industries have jumped on the Big Data bandwagon over the years and the fashion industry is but the latest to do so as well. Big Data’s compatibility with the fashion industry is rooted in three fundamentals: extremely high volumes of data, veracity, and variety. The higher the volume of data generated, the higher the quality of data assimilated by Big Data technology.

The Flaws in Traditional Retail Analytics

Traditional fashion houses and brands swathe crucial data such as inventory details and sales records – it was strictly kept in-house. This devotion to obscurity meant those working in the industry did so in a proverbial silo, resulting in many of the colors, styles, fits, and other design metrics becoming scattered and unstructured data. On top of that, the industry was without crucial pieces of the puzzle like competitive analysis, insights, trends, prices, and other vital details.

Pattern recognition[1] (not to be mistaken for image recognition) is a subset of artificial intelligence. Combined with Big Data, pattern recognition is being used by companies to protect the integrity of their brands. Brand integrity is not only maintained through quality control but also through fighting to stop counterfeiters disseminating replica fashionwear.

In 2017, the Office of the United States Trade Representative released its annual Notorious Markets List in which it stated, “Imports in counterfeit and pirated physical products is estimated at nearly half a trillion dollars or around 2.5% of global imports.” These numbers have tech startups stepping up to solve a problem that has plagued the fashion industry for generations: counterfeit merchandise and pirated merchandise.

From counterfeit Rolex watches to replica Gucci apparel, as well as anything and everything in between can even be found on online resale giants such as eBay, Amazon, and Alibaba. Kim Smith, content marketer with GoodFirms, a software research and review platform, said, “Counterfeiting has been there for ages, but with the latest technology available and minute detailing able to be replicated, it is on the rise. Anything and everything can be counterfeited–from luxury products to businesses to consumers, to even videos and audio”

The World Health Organization (WHO) reported that approximately 10 percent of the medical products sold in underdeveloped or developing countries are counterfeit and of poor quality. Some experts believe the percentage is much higher. And while it is hard to measure the exact impact, a study done by the University of Edinburgh and commissioned by WHO found that counterfeit or poor-quality medications are directly responsible for tens of thousands of deaths each year.

Big Data, Artificial Intelligence, and Next Trends in Fashion

Lastly, the fashion industry, like many other industries, has been facing the possibility that machine learning and artificial intelligence will replace human designers. And though artificer AI bots have yet to take Giorgio Armani’s place, technology like IBMs Cognitive Prints is assisting designers with their new ideas.

Priyanka Agrawal, a research scientist at IBM Research India, said in an interview, “Fashion designers arduously put in efforts and time in coming up with new designs which could potentially be trend-setters.

“Additionally, they have inspirations like architecture or technology, which they aspire to translate into their work. However, it becomes difficult to do something novel and interesting every single time. We wanted to make it easier for them by augmenting the design lifecycle.”[2]

For example, if a designer wants to compare a new design idea to anything that may have already been thought of or produced, Cognitive Prints, a suite of AI tools, will scower vast amounts of image data looking for similarities. Whether a designer wants to mimic a style from a particular era or wants to create something totally new and never done before, Big Data is at the heart of it. For those who are waiting for robots to start taking the fashion design jobs, Cognitive Prints is capable of designing patterns on its own.

Andrej Kovacevic
View More Posts
Andrej is also a dedicated writer and digital evangelist. He is pursuing an ongoing mission to share the benefits of his years of hard-won expertise with business leaders and marketing professionals everywhere. He is a contributor to a wide range of technology-focused publications, where he may be found discussing everything from neural networks and natural language processing to the latest in smart home IoT devices. If there's a new and exciting technology, there's a good chance Andrej is writing about it somewhere out there.