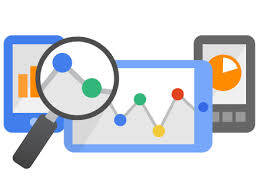 Pageviews are Dead, Engagement is King

A terrible global economy, too few jobs, too many applicants, and far too many resumes. Sounds like a ripe opportunity for “Big Data” analytics to sort through the plethora of personalities and find needles in the proverbial haystack doesn’t it?  Not so fast. In a rush to use sophisticated algorithms to find and hire the right people, employers may be confusing correlation with cause.

A terrible global economy, too few jobs, too many applicants, and far too many resumes. Sounds like a ripe opportunity for “Big Data” analytics to sort through the plethora of personalities and find needles in the proverbial haystack doesn’t it?  Not so fast. In a rush to use sophisticated algorithms to find and hire the right people, employers may be confusing correlation with cause.

The Wall Street Journal published an article which highlighted how companies are using analytics and personality tests to sort through thousands of applications for limited job openings. With too many applications, employers are resorting to machine analytics to parse resumes, discover keywords, and prioritize potential interviewees.

Xerox, for example, claims hiring software is used for all of its 48,700 call center jobs to find employees that have personality, patience, and persistence.  By having software mine and “score” the best candidates for these types of jobs, Xerox claims this analytics approach has cut attrition by 20%.

With a tough global economy, and high unemployment rates, employers are literally deluged with stacks and stacks of resumes. That’s where Big Data analytics comes into play. Machines are increasingly reading and scoring applicants for call-backs and interviews. And personality tests are chock full of data, which are then used to predict the suitability of candidates for a specific job based on how they answer a battery of questions.

Such tests and software are helping employers, “gauge an applicant’s emotional stability, work ethic and attitude toward drugs and alcohol,” according to the WSJ article.  And these algorithmic approaches are arguably saving companies money in hiring, attrition and fraud costs.

However, potential employees are figuring out how to game the system. Resumes are now routinely stacked with so many buzzwords that if a human HR professional reviewed them, they’d be close to incomprehensible.  And there are plenty of online forums with tips on how to outmaneuver personality tests. It seems like a cat and mouse game with no clear winner.

Worse, employers are confusing correlation with cause. By claiming hiring software lowers attrition or reduces fraud, employers are only focusing on the front end of the employment lifecycle (hiring processes) and missing the bigger picture.

For example, if an employer states hiring analytics have reduced call center attrition by 20%, they fail to recognize hundreds of other factors that determine whether an employee decides to stay with a company including culture, work environment, direct reports, salary, incentives, economic conditions and more.

Ultimately, declarative statements such as “this software cuts hiring costs by 20%” is made by a person who does not understand that there is almost always a “web of causation”, especially in complex decision making processes such as hiring.

As with anything, analytics should be used as a tool in key decision making processes. It’s better than flying blind. But let’s not draw the conclusion that such tools are beyond a shadow of a doubt helping companies hire better people for a given job.  We can have a degree of belief, but let’s leave certainty to the physicists and economists. Oh wait, they get it wrong too.