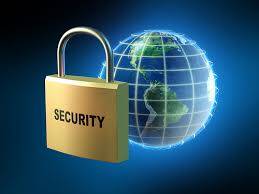 Silicon Valley may have led the digital revolution, but Washington shows few signs of adapting to the times. As a result, not only is it easier to vote for a YouTube video than for a politician, but countries like Estonia are focusing their resources and building their infrastructures to better manage a digital society.

Silicon Valley may have led the digital revolution, but Washington shows few signs of adapting to the times. As a result, not only is it easier to vote for a YouTube video than for a politician, but countries like Estonia are focusing their resources and building their infrastructures to better manage a digital society.

Estonia is already more advanced than the U.S. in terms of digital consciousness. Other nations like Indonesia are rapidly becoming more connected without the legacy infrastructure package present in more established countries. Soon, Indonesia will be entirely mobile.

The U.S. needs to make major changes to its data infrastructure to keep up, and the first step is to mimic these innovations already in place around the world.

Here are six data security lessons the U.S. can learn from those across the pond:

Estonia’s government is much younger than the U.S. government, and because it only formed within the past 50 years, a digitized government seems natural to Estonians. All Estonians have a digital ID they use to vote, collect money, sign documents, and file taxes. Their government has a department that specifically protects the privacy of its citizens and educates them on proper security.

On the other hand, the U.S. government is more than 200 years old, and it shows. It refuses to allow the Social Security card any sort of digital presence. On the other hand, Estonians elect their parliament online and get their taxes back within two days. Because it’s digital, citizens even have the ability to choose who can see their information and can file an inquiry to have an official fired if their information is accessed without a valid reason.

Building data integrity into both hardware and software environments is paramount to data security. Because the U.S. built the Internet, it has the oldest infrastructure and set the encryption standards, which may hold lasting consequences. For instance, Estonia encrypts all its information using 2048 or stronger encryption. The U.S. standard right now is only 1024.

Citizens in countries like China, Russia, and Iran have no expectation of privacy, but in the U.S., it’s a hot-button issue. With countries pushing stronger encryption standards, the U.S. becomes an easy target for those with nefarious intentions, which is a dangerous position to be in.

Dan Kaufman, of the Defense Advanced Research Projects Agency, spoke at Gigaom Structure talks about the importance of focusing on technologies such as homomorphic encryption to stay ahead of the curve. We need to empower thought leaders like Dan to continue to educate and strengthen our digital environments.

People have to care in order to pressure the government to enact necessary changes. If Americans can’t articulate what they need, how can they have intelligent discourse around — and vote on — data security?

It’s the job of corporations, governments, and educational institutions to teach people the importance of data security. Once the threats are fully understood, the U.S. will be more inclined to take steps to keep its data secure, whether it’s being stored, transferred, or simply accessed.

While Indonesia enters the beginning stages of developing infrastructure with state-of-the-art data security measures, the U.S. feels no pressure to take advantage of it because the existing infrastructure works, and it continues to make corporations money.

Even Microsoft dropping support of Windows XP couldn’t convince many enterprise users to upgrade, and reports show 30 percent of PCs still run the antiquated OS that no longer receives security updates. This mindset will ultimately have far-reaching implications as countries like Indonesia leave the old infrastructure behind.

Estonia passed the Digital Signature Act in 2000 and standardized a national public key infrastructure, which binds citizen identities to their cryptographic keys (similar to Bitcoin’s system). Because of this secure system, any Estonian can sign a contract in electronic form with certificates or plain ink on paper.

Estonia also put a microchip in the traditional ID cards, which carries two certificates: one for legal signatures and another for authentication when using a website or service that recognizes the government’s identification system, such as online banking. There are now more than 1.2 million active cards, which is close to 100 percent of the population.

Only 2 percent of Americans can’t get an Internet connection, yet 20 percent of households still don’t have access.

New York, San Francisco, and other areas along the coast are great centers of wealth, but traveling through the Midwest, it becomes apparent how underfunded some areas are in terms of digital connectivity and education.

In contrast, South Korea has one of the most active telecommunications and IT markets in the world. In fact, it’s gone so far as to subsidize Internet access for low-income households.

The U.S. hasn’t invested in a comparable tech infrastructure simply because it’s not a priority. However, if entrepreneurs were to build digital businesses in the Midwest, they would have access to reasonably priced labor while improving the tech infrastructure in rural areas.

The U.S. may have created the Internet, but many countries are surpassing it in technological advancements and data security. To keep pace, American corporations and governments need to take immediate steps to upgrade the infrastructure, educate the populace, and secure information. Otherwise, the U.S. won’t be able to hold its position as a world power as it’s outpaced by the approaches of South Korea, Estonia, and others.