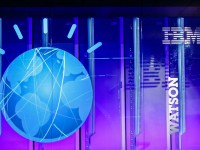 IBM has announced that it has purchased Merge Healthcare care for a staggering $1B. The move to buy Merge was spurred by IBM’s initiative to become deeply entrenched within the healthcare IT industry.

IBM has announced that it has purchased Merge Healthcare care for a staggering $1B. The move to buy Merge was spurred by IBM’s initiative to become deeply entrenched within the healthcare IT industry.

As a result of the acquisition, IBM plans to add additional functionalities into its popular Watson healthcare analytics platform. Some cloud analysts have mentioned that the move to buy Merge essentially gives Watson medical imaging capabilities. As of now, Watson is a numbers crunching supercomputer that can be used as a cloud service. By acquiring Merge Healthcare, IBM’s Watson will be able to look at medical diagnostic images and gather data.

Once that data is gathered, new images will be compared to a database of others which will help doctors determine a diagnosis. Watson could also use statistics gathered from its new imaging capabilities that help doctors give patients advice in case an abnormality is discovered. Merge Healthcare has been in this arena for quite sometime; Merge mentions that its services are in use in over 7,500 healthcare sites.

Of course, Merge & IBM are using HIPAA approved methods when handling all of this data. “Healthcare will be one of IBM’s biggest growth areas over the next 10 years, which is why we are making a major investment to drive industry transformation and to facilitate a higher quality of care,” says John Kelly, SVP at IBM’s Research and Solutions Portfolio. “Giving Watson ‘eyes’ on medical images unlocks entirely new possibilities for the industry,” adds Kelly.

By using Watson to help analyze medical images, doctors can get data that will help them make the right diagnosis. Experts say that some doctors still use manual scanning and analysis techniques. Watson would make the most sense for these doctors as it could work to prevent them from making a faulty diagnosis on a patient.