Turning down projects (or redirecting ones that are on the wrong track) is the only path toward some semblance of sanity in this business. For some people, the internet is magic and I’m a wizard here to cast spells and make magical things happen (you could also see me as a genie making wishes come true). Fact is: I only have so much time on this planet and making clunky, ugly, and bad ideas come to life is not what I want to do with that time. If you work with me, I might say no and you should probably understand why.

Contents
1) The design you’re proposing is either unappealing or just gets in its own way2) It’s more complicated than it needs to be3) Your idea is not sound from a business perspective4) You’re clearly not going to be easy to work with5) Getting paid is going to be toughYour turnAre you a web designer/developer? If so, what did I miss? Am I being too harsh? Too easy?Are you someone who needs a project? Am I being unfair? Why would you say no to me?

Turning down projects (or redirecting ones that are on the wrong track) is the only path toward some semblance of sanity in this business. For some people, the internet is magic and I’m a wizard here to cast spells and make magical things happen (you could also see me as a genie making wishes come true). Fact is: I only have so much time on this planet and making clunky, ugly, and bad ideas come to life is not what I want to do with that time. If you work with me, I might say no and you should probably understand why. 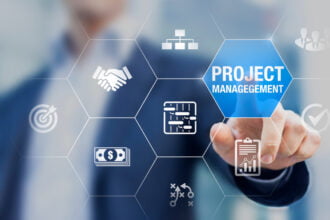 How Big Data For Project Management Is Changing The Industry

When It’s Sink or Swim

First off, I should say that I do say yes more often than I say no. I assume some of that comes from the fact that people look to me for advice and I would never (intentionally) lead someone astray. Also, most of the projects I work on are word-of-mouth referrals so they come to me expecting to enjoy the process. These two things work very well towards creating good relationships and, hence, good outcomes.

But, from time-to-time someone comes to me with a bad idea or a bad attitude and, because I’m in a type of service role, it’s expected that I do what I’m told to do. The problem here is that I’m only interested in working on sites, scripts, and blogs that I’m proud of completing. If I’m in a service role then we’re not a team. If that’s the case then I have no sense of ownership over what’s being created and you’re simply not going to get my best work. That’s just not where I want to be and I’m going to say no.

So, here’s why I said, am saying, or will in the future say no.

Design is relative in a particular way; different things look good to different people. The caveat? There is such a thing as good design and bad design. Just because something is appealing to you (and the 4 like-minded people you showed it to) doesn’t mean you’re on the road to something that is appealing to a wide range of people. You might be a “visionary” but trust me on this: if you can appeal to more people without losing the character of the site, do it.

There’s another piece to this as well. Design on the web is its own cup of tea. Because something works on a brochure does not mean it will work on the web. The web is interactive, served to thousands of different devices (not a hyperbole), subject to important standards, and should include (and avoid) specific things. There are accessibly, search, and usability concerns which can only be ignored at your own risk and potential failure.

If you can’t or won’t let me help you navigate these tricky waters, then I won’t build that for you. Sorry!

2) It’s more complicated than it needs to be

I know you want more; it’s OK, most people do. More in your sidebar, more on the navigation, more on a page, more in the footer… more links, more images, more color, more text. You want more pages, more options, more icons, more form fields, more keywords, and more animation. If it’s not there, they can’t click on it, see it, or read it, right?

But the problem with more is it actually ends up being less. More things to do means less people doing those things. I don’t just mean per thing, I mean less action total. Again and again it’s been proven that web sites with too many options will confuse and frustrate users to the point they will leave before they do anything. All those links and images and icons work against you by diverting people from where you want them to go (whether that’s a buy page or a contact form).

So keep coming up with ideas and keep adding things to the list but if you won’t let me help you vet some of those items, then I won’t build that for you.

3) Your idea is not sound from a business perspective

Hey, I’m all for fun and games on the web, really. I love to build things that won’t make any money and work on projects for the good of the project. Most projects don’t fall into this category, though, and if it doesn’t then I’m guessing it’s going to be a long, hard road. The specs will change over and over, the design will change over and over, and the scope of the project will ebb and flow like the tides. This is a terrible position for me to be in.

Here’s the deal: the web is not the same place that it was even a year ago. The idea that you’ll put something up, add a few advertisements, and the money will start flowing in is a myth. Unless you’re doing something very unique and putting A LOT of work into it then you don’t stand a chance to make a dime. Even if you are doing something unique (terribly hard to do nowadays) and putting everything you have into it, there’s no guarantee of success. You’re better off getting a second job if you’re looking to make money. Trust me on this.

If you won’t heed my advice and your goals change with the wind, then I just won’t build that for you.

I would say that I have a pretty good sense of people. It’s not likely that I will communicate with you in person before (during or after) a project but I can still get a pretty good read off of you via email, phone, or Skype. I’ve been very lucky to have worked with many kind, intelligent, and generous people over the years. Because of this, it’s also been easy to spot the problem children. I haven’t always turned them down and when I don’t, I’m always sorry.

Maybe you’re the type that likes to “get away with things” if you can (spam, underhanded marketing, deception). Or maybe you have no concern for copyright laws and want to steal people’s images and text without attribution. Maybe you think you’re god’s gift to [insert profession/industry here] and people owe you the traffic, accolades, and purchases. Maybe you’re just an asshole. Whatever your problem is, understand that your attitude is unsustainable and your hubris is hurting much more than it’s helping.

If you can’t get out of your own way and think it’s everyone else’s problem, then I won’t build that for you.

5) Getting paid is going to be tough

This is the softest rule of them all and it’s also the easiest for me to predict incorrectly. Like I said before, I work most of the time for people I know through someone else I know better. Word of mouth comes with an intrinsic “I vouch for this person” from the referrer so rarely am I concerned about a check coming through.

Still, I’ve come up against a few people that made it seem like paying me for what I do is a burden. After completing a project, the last thing I want to do is re-convince you the value in what I’ve created. I’ve also had people try to haggle me down from a very fair price, at times quoting another company who would do it for half as much. This is ridiculous; if you can already pay the price you want to someone else and you’re trying to convince me to take less money then you know the value of my work and you’re just being cheap.

You’re entitled to an explanation of my costs and you’re always welcome to go with another provider but if it sounds like completing your project will not be the end of my work before I get paid, then I simply cannot and will not build that for you.

Are you a web designer/developer? If so, what did I miss? Am I being too harsh? Too easy?

Are you someone who needs a project? Am I being unfair? Why would you say no to me? 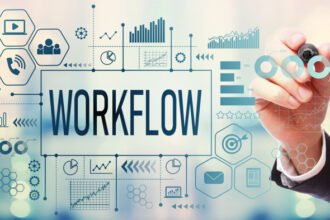 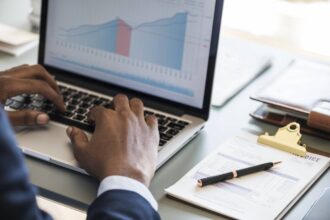 How Big Data For Project Management Is Changing The Industry

When It’s Sink or Swim