Big data has been incredibly valuable in the marketing industry. Countless advertisers are finding new ways to capitalize off of changes in big data and AI.

The concept of native advertising has been around for a decade now. The ability to seamlessly integrate commercial content into the surrounding website by mimicking its format and function has allowed companies to reach more consumers than ever before, since the line between advertising and activity is becoming increasingly blurred.

But while native ads represent an ever-more popular way for businesses to subtly yet effectively catch and hold their audience’s attention, the industry is evolving all the time. The arrival and growth of big data, with its unprecedented capacity to offer insights into the thought processes and behavioral patterns of individual customers, is disrupting things once more. Here are three ways in which big data can help to boost your native ad campaign for the better.

In a world where consumers are increasingly suspicious of the motives of companies and corporations, it’s important to establish a strong relationship with your target market. By harnessing the power of big data, you can optimize your placement of native ads across the networks which support them to speak to the people most likely to respond in their own language.

This type of tailored approach is crucial to making the customer feel like they are part of the advertising experience, rather than simply the target of it. With big data, a personalized and interactive ad campaign can be much more effective in driving traffic and enhancing conversion rates.

Don’t just take our word for that, either. According to a study commissioned by Facebook on its own Facebook Audience Network (FAN), native ads aren’t just commanding a higher proportion of all digital marketing spend. They’re also reaping bigger rewards for those who invest in them, in turning explaining the explosion in their popularity.

In terms of the cold hard facts, the FAN study found that consumers were up to 60% more likely to interact with a native ad that had been targeted to an appropriate audience base using big data than a standard banner ad. That uptick in interaction is all-important when it comes to coaxing people onto your site and encouraging them to complete a purchase and highlights just how crucial big data is to the increased ROI of native ads.

Rolling with the punches

Even the most successful marketing campaigns have a shelf life. The world is changing on a daily basis and the online consumer community changes with it, meaning the tastes, habits and desires of your target audience are likely to alter over time. Any marketing campaign worth its salt must recognize and react to those changes, or else risk being left behind in the dirt.

For gaining real-time insights into how your customers spend their time online, there’s simply no better resource than big data. Sifting through the mountains of available information to arrive at that which is most pertinent to your native ad campaigns – and adjusting your strategy accordingly – is key to ensuring you stay ahead of the competition, every step of the way.

Native ads have proven to be a highly successful method of accessing consumer markets who would normally baulk at the merest prospect of commercial content – and they can be made that much more effective when combined with big data analytics. 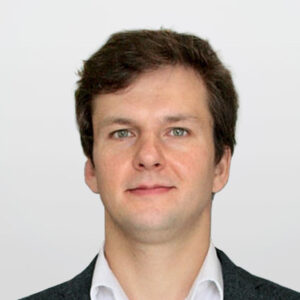 Alexey Utkin
View More Posts
Alexey Utkin joined DataArt as Systems Architect and Team Leader in 2004, and has been in charge of leading major finance enterprise accounts since. With over 14 years in the IT industry, eight of them in the financial services sector, Alexey brings a wealth of industry expertise to DataArt and has become a core member of its Finance Practice. With a dedicated focus on solution, technology, regulation and process consulting, he now leads DataArt’s most seasoned industry practice from its London’s office.