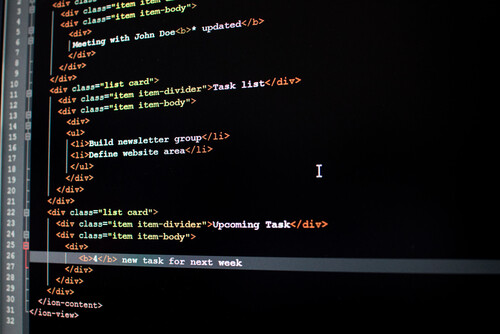 Want to know whether Angular or React is better? Understand the difference between the two right here! Are you working on big data development? There are a number of frameworks that you can use for JavaScript. Unfortunately, choosing the right framework isn’t always easy. Angular and React are two of the most popular. Which JS framework is best for your project?

Should You Use Angular or React for Big Data Development?

JavaScript is a front-end language, so big data developers don’t usually give it much consideration. However, it plays an important role in many aspects of the process. If you are a back-end developer, you still need to make sure that your approach is in sync with your front-end counterparts. This includes making sure that you know what JS framework they are using. If you are developing data applications on the front end, this is obviously even more important. The good news is that you can figure out which approach to take by following these guidelines.

Usually, reactjs vs angular conversations are always brought up in developer conversations. It’s not a matter of which one is better, but which one works the best for your project. So we’ll help you decide which one is better by the end of this post. Why Choose Angular? While its more of a strict system, Angular is better for enterprise level app deployment. Here are some of the advantages that help it stay ahead of the competition. Easy Decision Making Because Angular is a framework, it can provide applications and functions that are out of the box. Angular helps developers get started faster without being restricted by decisions. This will help developers adapt to the language and makes switching developers and teams more practical. Developing Environment You can find your favorite environment when developing in Angular JS. While most of the developers use Typescript, you can apply Dart, JavaScript, or CoffeeScript. For templates, you can either use pre-processors or pure HTML processors. Deployment Testing Angular was made to help with writing out tests for applications, even if you utilize models, as stated in their official documentation. Therefore, Angular JS had a great advantage when testing ease which gives developers another reason to try AngularJS. Why Choose React? One of the main reasons developers like React is due to their component’s mechanic. You’ll start with smaller things, which allows you to build bigger projects, which can then be used to make apps. When using React’s component feel and look throughout the whole project. Here are some advantages that React has over Angular: SEO Friendly If you’re attempting to make a web application, its best to use React. ReactJS can be run on the web server, and its virtual DOM will be replicated on your browser as a web page. This is simple and doesn’t require any additional tips. JSX JSX is an HTML-like syntax that can be compiled to JavaScript. When using JSX, the codes and markup are on the same file. Thus, the code completion helps when you type references to the component’s variables and functions. However, some of Angular’s string-based templates have some minor downsides: There are no code colors in other editors, run-time failures, and limited code completion support. Thus, making ReactJS superior in this scenario. Efficient ReactJS allows users to make a virtual DOM, where your important components are kept. This approach gives the developers an amazing performance and flexibility because ReactJS calculates what change needs to be made in Virtual DOM and can update the DOM trees. ReactJS avoids using expensive DOM operations and does the updates in a quick manner. Choose the Right Framework for Big Data Development When you are developing big data applications, choosing the right framework is important. There are two popular options for handling JS environments. Basically, we believe that React is a better language for developers. It allows you to make quick changes within your interface while having its Virtual DOM protect your computer’s main system from coding bugs. Angular is also a good programming language, but experienced developers will find more use out of it. Thus, try it if you’re serious about getting your apps deployed, you should try Angular. In conclusion, in the reactjs vs angular comparison, it’s best to decide which one works best for your IT team!