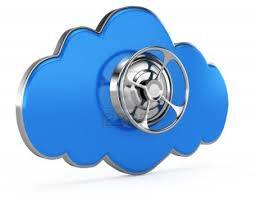 As more companies turn to cloud computing, social media and online selling platforms to avoid spending budgets on infrastructure, it is also likely that they are sharing a key business enabler—behavioral data. So what happens when your cloud-based provider shifts from providing infrastructure or a platform for your business to actually competing with you?

As more companies turn to cloud computing, social media and online selling platforms to avoid spending budgets on infrastructure, it is also likely that they are sharing a key business enabler—behavioral data. So what happens when your cloud-based provider shifts from providing infrastructure or a platform for your business to actually competing with you?

Online business Zynga understands while they develop games such as Farmville, Mafia Wars and others that run on Facebook’s platform, it’s also not far-fetched that Facebook could get into the profitable business of gaming.  In fact, Zynga is turning away (though not completely) from Facebook to also support games for Google plus and other social/mobile platforms.

That’s also because there’s nothing that prohibits Facebook from doing exactly what Zynga does – making great games. As a Forbes article points out while the relationship between Facebook and Zynga is currently symbiotic, “There are many things Facebook could do to damage Zynga’s business such as limiting the Facebook access of game developers, modifying Facebook’s terms of service, giving more favorable treatment to Zynga’s rivals and building Facebook’s own games.”

The same is true for businesses that operate using Amazon.com’s infrastructure for warehousing and shipping. A Financial Times article cites Amazon.com as offering sellers access to a marketplace of 173 million people. However, the article also mentions “the downsides include giving Amazon direct access to these customers for information and communication and the potential for conflicts of interest.”

Platforms such as Amazon, Facebook, and even cloud computing services such as Salesforce.com, NetSuite or Google all provide services in the cloud that make it easier for companies to avoid paying for software and hardware upfront. In addition, platform as-a-service providers (PaaS) such as Force.com offer cloud based delivery models for deploying applications.  And while for small to medium sized businesses there is plenty of upside in avoiding hard to come by capital expenditures for infrastructure, the downside of cloud computing is that companies may be sharing information with their cloud providers that gives them insights into marketplace segments.

For example, infrastructure and platform cloud providers have access to online traffic patterns and consumption or development needs.  And in most instances, online selling platforms (i.e. Amazon.com) have behavioral data on customer shopping patterns, market baskets and purchases. Armed with massive amounts of behavioral data, it’s becoming easier for such companies to analyze large marketplaces and decide if they want to “get in the game” themselves or at the very least use such data to improve recommendation systems or category profitability.

Information is power and giving up too much information, especially behavioral data is definitely a downside of using cloud computing providers. An article in Technology Review sums it up nicely, “Hundreds of thousands of developers know building apps that rely on the Facebook or Twitter platforms comes at a risk—at any time, the companies can change their access rules or launch competing features.”

Some companies have little choice in using cloud computing providers to quickly get to market by avoiding capital outlays and shortening development times. However, it’s also important to acknowledge risks of sharing valuable behavioral and other data types with your “friendly” cloud provider.