77% of respondents think my bear can get into law school, but I remain skeptical 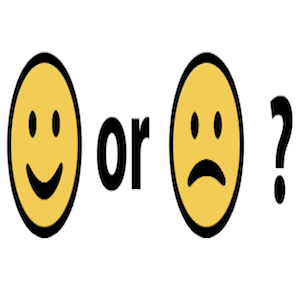 77% of respondents think my bear can get into law school, but I remain skeptical

Like others here at CTOvision.com, I’ve also begun playing around with Scott McNealy’s new venture WayIn and already see some interesting potential. WayIn allows users to ask questions about pictures they post to make visual polls for other users. You can share your questions through Facebook and Twitter, follow others, and interact with the app online or on a smartphone, though the mobile version has a better interface and is more handy. In these respects, it seems similar to other opinion polling apps such as Pollbob, but tying the questions to other media, which so far has been only pictures, is a crucial and innovative difference.

Pictures add another dimension to the polling. Some questions can only be properly asked with a visual. WayIn gives the example of getting an opinion on “the cute stranger on your right” , but I’ve used it to get responses to an art exhibit I was visiting. Other questions don’t depend on the picture but instead use it to grab attention or amuse respondents. Already, WayIn users have developed a distinctive style of humor involving the clever combinations of pictures, questions, and response options. Unlike Pollbob, which bills itself as a sentiment analysis tool, WayIn sees these non-objective surveys as an important feature. It refers to its questions not as polls but as “games”, with fun as the primary objective and opinion polling secondary, at least for now. This way, it avoids the bias problems associated with a small and select user-base. Another benefit of adding a visual dimension to questions is that it’s never limiting. While a picture is mandatory, making your question about the picture is not, as the picture can be a means to get attention or simply add an illustration. A question on internet use, for example, can have a picture of a computer, which will let users scanning suggested games identify it immediately as a tech question.

This innovation has tremendous potential. In its current form, the mobile, picture based games on WayIn will become much more useful as the app gains popularity, broadening the range of opinions but, more importantly, decreasing response time and increasing the probably of finding and following friends . Choosing between shirts at a store? Take a picture on your smart phone and send it to WayIn, where your friends will see it on your”stream” and provide feedback almost immediately.

We can expect that WayIn will be taken even farther than that. Imagine it being used in association with television, video games, government services and whatever else you can think up. This could be a lot of fun, allowing users to get their friend’s opinions on a scene they just saw, clear up confusing plot points, or even help a player win a game by making the right choices. The serious uses would also increase, as media and game companies would be able to get more viewer and player feedback. This cannot be done as well with text-only questions, as, for example, finding whether a certain joke in a comedy cracked the audience up or fell flat would require either asking respondents to remember the precise joke or recounting it in writing, which would spoil the effect. Going further, WayIn style polls could allow users to participate directly with their media in a choose-your-own-adventure fashion. Other novel applications would become apparent as the technology expands both in user-base and media.