Visual Logic and Business Rules: a Picture is worth 1,000 Words!

VoIP or Voice over Internet Protocol has gained a steady traction in the commercial world where businesses are gleefully abandoning their old telephonic systems in favor of the modern communication network.

VoIP or Voice over Internet Protocol has gained a steady traction in the commercial world where businesses are gleefully abandoning their old telephonic systems in favor of the modern communication network. Steve Day, who leads the business development process at Network Telecom in the United Kingdom, opines that the transition from the old to the newer networks of connectivity has proved very successful and this will only go on to “fuel the uptake” significantly in the near future as the connectivity infrastructure becomes more robust. There is no doubt that the services of the best business voIP provider are tied with innumerable benefits. However, we will initially take a look at the history of the VoIP.

A glimpse of the history of Voice over Internet Protocol

The earliest history of VoIP can be traced back to early 1994, when VocalTek’s Cohen and Haramaty patented the first audio transceiver. It was in the year 1995 that Vocal Trek created the very first Internet phone software and Intel had already started working on the H.323 (VoIP) standards. By the year 2000, entrepreneurs had already started exploring the cloud based solutions. The on premise IP PBX solutions gained popularity as they offered myriad benefits in the form of features, costs and productivity. 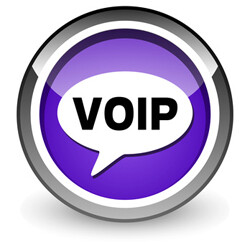 What exactly are the cost benefits of VoIP?

There are many cost benefits of VoIP. The VoIP functionalities are primarily based on the private data network lines or the Internet. There is no question of use of traditional commercial telecommunications line configurations and as such the long distance calls are much more inexpensive than what they were before. As such, the VoIP reduces the cost of manpower, equipment, lines and maintenance for an enterprise. The initial set up might as well cost you a little, however you can save up a lot on your net by using only a single network and ruling out the need to sustain a traditional telephony system. All your voice and data traffic might as well be integrated in to a single physical network so that there is simply no need for different PBX tie lines. The presence of a unified network means that the workload of the network administrator lessens as he is only required to focus on one network instead of several ones.

The features of VoIP: Is there a real edge over the traditional communication systems?

VoIP comes with a variety of useful features. It is incredibly easy to integrate this connectivity with other applications like web browser, e-mail, social networking applications, instant messaging etc. The easy synergy is of immense value for users. That is why businesses prefer to get-VoIP for creating new business opportunities.

Apart from that VoIP holds a special place even in the banking sector and that too across continents. In a growing economy like India, VoIP has been instrumental in the seamless initiation of pradhan mantri yojana or the Prime Minister Schemes related to money, insurance, remittance and a lot more. While the improved telephonic framework means better set of banking options, the deposit insurance schemes offered by many countries like Canada, Puerto Rico and Cameroon have been bolstered by the arrival of Voice over Internet Protocol.

It won’t be surprising if this technological boom makes it even easier for us to handle money and other banking needs, leading into the future.

The legacy phone systems are not really sufficient to support the rich media services that have witnessed such a steep surge in demand today. The modern communications are defined by people constantly checking out their friends’ activities online making voice or video calls, doing instant messages and transferring images. Rich media services have the potential to create newer business opportunities for the communication industry (just imagine a situation when mobile users want VoIP services in their mobile phones).

The VoIP facilitates phone portability in a major way. With traditional phone system you have a number attached to a dedicated line which makes it difficult for you move your home phone to any other place even if you want to.

Experts opine that instead of the myriad benefits offered by VoIP, we still need to have a disaster recovery system in place in order to make VoIP future ready. Hosted VoIP systems, for instance, allow several points of protection in order to support communication recovery. There should be enough scope for rerouting calls to other locations as well.