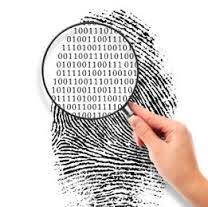 Here’s something you don’t know about me – I write true crime books. You know like Ann Rule (but not as famous).  So I found it particularly interesting to learn that police departments—like the Chicago Police Department— use predictive analytics “to predict when and where violent crimes are likely to happen so they can stop them before they start.”

Police officers in the Windy City are using computer models that are constantly updated with information regarding criminal activity so they can analyze the criminal mind, and respond effectively to new crimes. Under the new model, the information about criminal activity is analyzed on a daily basis, rather than weekly or once a month. Researchers from the Illinois Institute of technology analyze the data that the police provide.

According to Chicago Police Superintendent Jody Weis, using predictive analytics will give police a more “accurate roadmap” of where crime might occur.

“Say, instead of saying, ‘Go out and patrol that entire beat,’ it will be, ‘Patrol that entire beat, but oh, by the way, this little two block area, keep your eyes peeled on that, because we’re seeing that there should be some things developing there that might cause some crimes and problems for us,’” Weis told myFoxChicago.com.

The idea behind predictive analytics for the Chicago Police Department is capturing a huge number of variables—like the types of 911 calls and the types of crime—analyzing them to find significant patterns and then acting on those patterns.

For the past few years the Ohio Bureau of Criminal Identification and Investigation (BCI&I) has been using predictive analytics along with geographic profiling to stop serial crimes like robberies, burglaries and car theft.

Predictive analysis gives the BCI&I a time and a place for the next crime in a probable sequence. If the BCI&I has five crimes or more, predictive analytics will help pinpoint when and where the next one will happen. The geographic profiler software predicts the location of a criminal who’s hiding from law enforcement officials.

But even with all the technology at their fingertips to help them stay one step ahead of the bad guys, BCI&I officials still recognize the need for good, old-fashioned police work. Pounding the pavement and talking to people is what the BCI&I says will help them close cases.

If you want to learn more about the predictive tools needed to better understand crimes or customers, check out a pre-recorded webcast introducing predictive analytics with Spotfire.

Selecting the Right AI Business Model for Your Startup