The ShotSpotter Gunshot Location System is a revolutionary system of acoustic sensors in use by a number of police departments nationwide designed to detect and report gunshots.

The ShotSpotter Gunshot Location System is a revolutionary system of acoustic sensors in use by a number of police departments nationwide designed to detect and report gunshots. The sensor technology involved does more than just triangulate loud noises. In order to be effective, ShotSpotter needs to consistently differentiate between sounds like fireworks or backfiring trucks and gunfire, then locate the shooter in an urban environment with plenty of surfaces for sound to bounce off as well as background noise.

Aside from the technical challenges, the system had been greeted with tactical and strategic skepticism in the law enforcement community when it first came out due to fears that faster gunshot alerts would endanger patrol officers who would rush on to the scene unprepared and with no backup as a gunfight was still in progress. Still, the technology held a lot of promise and was adopted by numerous departments. Now that the system has been tried, experience gained, and data collected, CSG Analysis has compiled a report reviewing the technology after extensive interviews with 7 departments that had implemented the ShotSpotter GLS. The findings are dramatic, surprising, and relevant to the security community as a whole.

CSG Analysis is run by Nick Selby and Dave Henderson, a pair of police officers who also founded Police-Led Intelligence, an insightful and popular blog on law enforcement intelligence, analysis, and technology. The report is available for free, and though sponsored by ShotSpotter, was done independently, with no company control over the results and findings. All the raw data, the interviews, and techniques are available online so you can draw your own conclusions. The report, released earlier this month, compares ShotSpotter with 9-1-1 calls, the other method of reporting gunshots, from the perspective of the dispatchers, patrol officers, analysts, detectives, and command staff that deal with the technology.

Strengths of the ShotSpotter GLS

The ShotSpotter reliably provides the exact time, location, and number of shots for gunfire in areas where it is utilized. False negatives, or gunfire incidents not picked up by the ShotSpotter, have been reported but are extremely rare, as opposed to 9-1-1 where gunshots are often never reported. When they are, they often come after the incident and usually can’t pinpoint the location of the shooter. Aside from being faster and much more precise than 9-1-1, ShotSpotter is also accurate so police officers, detectives, and command staff trust it. In short, ShotSpotter not only gives law enforcement more data, but makes that data more granular and reliable.

The improvement in gunshot data has had dramatic and far reaching effects on all parts of the policing process, from first dispatching a patrol officer to analyzing crime statistics. Dispatchers can now send officers to the exact address of a shooting and arm them with more details, such as precisely when the shooting occured and how many shots were fired. Patrol officers can arrive on the scene faster as they do not need to wait for a call and know exactly where to go, which sometimes allows taking more efficient routes and shortcuts. They are more likely to arrive in time to stop the shooters. Detectives have much more precise information to work with, analysts no longer have to deal with under-reporting of gunfire, and command staff are universaly happy with the decision to purchase the system, saying that they would do so again, and can use the added data to make more informed strategic decisions.

Some of the benefits of the ShotSpotter are more surprising. Rather than putting cops at risk by having them show up at gunfights in progress, patrol officers stated that they are safer with the system in place as it provides more situational awareness. Knowing the exact address of the gunfire, officers can approach in a more tactical manner than if they just had a rough idea of the location, and know how much time has elapsed since the last shot was fired. Having concrete information ready has revolutionized the way homicide detectives perform investigations. While earlier they would focus on corroborating witness accounts, they can now use ShotSpotter data to verify stories. For example, if 3 shots were recorded, they can stop wasting time with a witness who claims to have heard 9 shots fired, and in at least one case where a suspect claimed to have shot in self defense, ShotSpotter disproved the account by showing the that only one shot was fired. Another counter-intuitive benefit was for community relations. Surprisingly, no civil liberty or surveillance concerns have been raised in communities with ShotSpotters, despite being a system of microphones. Instead, communities now trust the police more as they see active steps taken to reduce gun violence, resulting in more calls to tip lines and 9-1-1 calls. Gun violence has decreased in communities with ShotSpotters, though this is partially due to falling overall crime rates. At the same time, knowing that their gunshots will be recorded and that the police will arrive in record time likely intimidates criminals.

While even more successful than most had anticipated, ShotSpotter still has some problems that need to be addressed. The most notable is the numerous false positives, or sounds classified as gunshots when they are really other noises. On average, just under 70% of ShotSpotter activations were found to be actual gunshots, with estimates ranging between departments. This still marks an improvement over 9-1-1, which can’t even have false positives as any reported gunfire can either be confirmed or left unexplained, not ruled out. Aside from wasting the dispatcher’s and, if they are not recognized, patrol officer’s time, false positives detract from the effectiveness of the ShotSpotter for generating gunshot statistics for analysts, and reduce trust for the system.

Simple steps can be taken, however, to reduce both the effect and incidence of false positives. ShotSpotter offers both playback and graphical representations of soundwaves for each activation, and with proper training, dispatchers can tell what sounds like a gunshot versus a helicopter, and what looks like the right waveform. Most dispatchers say, for example, that when they see a waveform that looks distinctively like a sideways Christmas tree, they are fairly confident that it was a gunshot and not anything else. Training in discerning ShotSpotter recordings and waveforms was minimal or non-existent for dispatchers, many of whom had never heard a live gunshot.

The report also noted an almost universal lack of reclassification of false positives. After determining that a ShotSpotter activation was not a gunshot, users are supposed to reclassify it as a false positive in the system. This both makes the statistics more relevant for analysts and helps fine-tune the learning algorithm that determines what constitutes a gunshot. By reclassifying the activation and improving the algorithm, users can reduce false positives without increasing false negatives and make the system more valuable overall. Such best practices for unlocking the system’s potential are another area that should be addressed by further training.

Understanding The Nature Of Proxy Servers In The Big Data Age 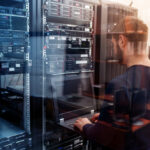