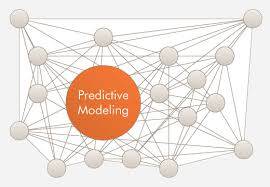 How Predictive Modeling is Changing the Way We Work and Live

Regarding the Al Qaeda terrorist attacks on 9/11, it’s distressing to learn there were plenty of chances to stop them.  From lack of information sharing among US agencies, to terrorist database lookups, to airport security, each time there was a failed opportunity to potentially prevent 9/11.  And yet, even had authorities known what to look for, they were ultimately vulnerable to creative and inventive efforts to rain down destruction.

Regarding the Al Qaeda terrorist attacks on 9/11, it’s distressing to learn there were plenty of chances to stop them.  From lack of information sharing among US agencies, to terrorist database lookups, to airport security, each time there was a failed opportunity to potentially prevent 9/11.  And yet, even had authorities known what to look for, they were ultimately vulnerable to creative and inventive efforts to rain down destruction.

First, because of information silos and lack of communication and information sharing between the NSA, CIA and FBI, some of the 9/11 attackers were known to be in the United States, but were unaccounted for. In fact, according to Bamford, two of the attackers were pulled over by Oklahoma Highway patrol for speeding—just days before the attack. However, because they were not on any known “watch” list, they were given a speeding ticket and sent onward.

In addition, on 9/11 two terrorists were actually flagged by the computer-assisted passenger prescreening system (CAPPS) for purchasing one way tickets with cash. Once flagged, the process then was extra screening for their checked luggage in the search for explosives. Bamford writes; “Both Mihdhar and Moqed were flagged by CAPPS, but since Mihdhar had no checked luggage and Moqed wasn’t carrying any explosives, the procedures had no effect on their mission.”  With no explosives found, both luggage and potential terrorists were allowed to board the plane.

Finally, according to Bamford, the last line of defense on 9/11 was airport security screening. However, because TSA at the time had a policy that knives less than 4 inches were allowed on airplanes, it was no problem for terrorists to bring their pocket Leatherman’s onboard.

The intention of this column is not to disparage any government agency, nor delve into a discussion on which US leaders and officials knew what, and when. Instead, there are some lessons learned that can be applied across today’s enterprises for better analytics.

First, even if you know what insights you’re looking for; data silos may prevent discovery of the best answer. For most organizations, too many single-subject data marts and/or “spreadmarts” prevent an integrated view of the business. In this instance, the NSA infrastructure acted as a data “vacuum cleaner” capturing all kinds of voice, video, text and more on potential terrorists. However, FBI and CIA organizations also had their own data silos. There was no integrated view, and in the defense of each organization and their respective missions—and because of privacy concerns—this was purposeful.

Second, your organizational processes may prevent success in analytics. Bamford notes that the NSA was in many instances monitoring communications of Al Qaeda abroad. They even knew days before 9/11 that “something big” was going to happen. Unfortunately the NSA didn’t know what was going to happen, nor where. And because of existing laws, organizational silos and “not my business” behaviors, information was not shared across agencies that might have prevented the 9/11 attacks.  Some companies have a “dog eat dog” culture (think Liar’s Poker) that may not encourage information sharing. These companies ultimately will have less success with corporate analytics.

Finally, even when companies invest in the best analytical technologies and people, they can still be subjected to creative strategies to outwit their best efforts. For example, even with the NSA listening to terrorist conversations, mining of keywords in voice and data by sophisticated algorithms, and the best efforts to track terrorists across the globe, government agencies were unprepared for the use of airplanes as terrorist weapons. The inconceivable or in Donald Rumsfeld parlance, the “unknown, unknowns” often cannot be discovered, even with the best of people, processes and technologies.

Common Cyber Attacks And How To Protect Yourself From Them